Danny from DITA Audio tipped me off that I should check out Soundaware’s products so I contacted them and they provided me with a D100PRO music server and the M1 Esther “Analog” to test initially, the M1 Pro arriving sometime later as part of the review tour.

From the outside, the M1 looks fairly unremarkable, with something of “yet another Chinese DAP” aesthetic. While I didn’t appreciate the design visually, the curved layout of the buttons came to be handy when pressing them in a pocket or in the dark. I hope, however, that they’ll follow FiiO’s lead with the X5II and update the design to make it look more modern. 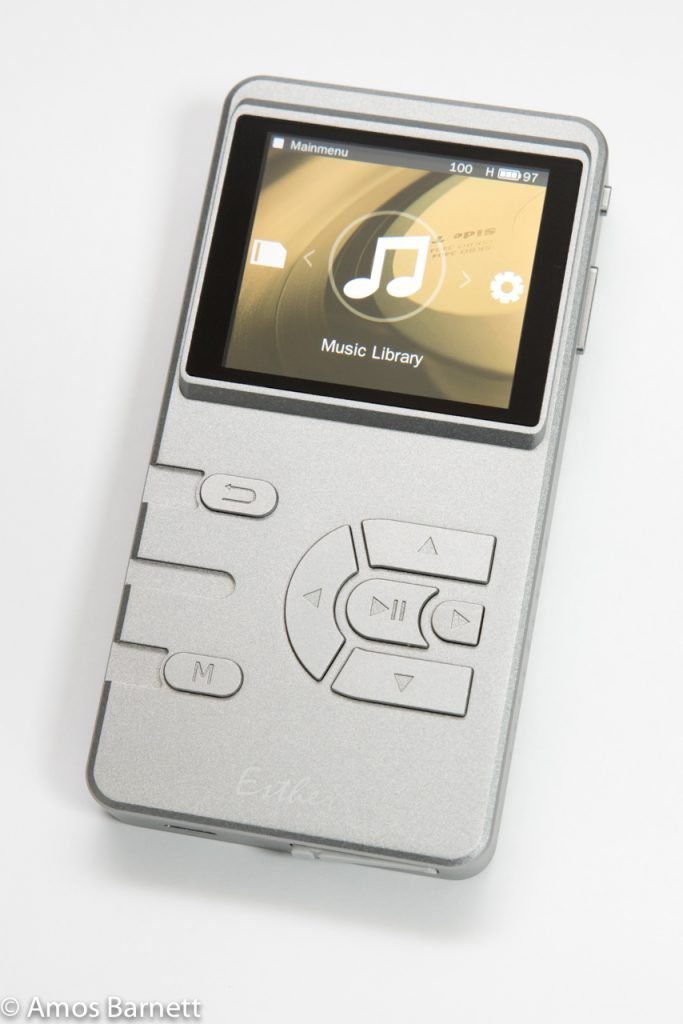 If the outside is not so pleasing, the internal design most definitely is, as the M1 uses an FPGA which Soundaware have programmed with their own user interface and digital programming. In addition to that, they have taken care to include separate power supplies for the analog and digital sections, as well as the headphone amp for the best sonic results. Additionally, the M1 can be set in Digital Coaxial mode where the analog components are deactivated for longer battery life as a transport.

The M1 itself comes in a few different versions. The first pair are the Analog and Vitality at $553. The Analog version is intended to sound like “an old CD player” with a more classic, warm sound, achieved through component and digital filter selection. The Vitality version has a more modern sound the focusses on being lively. The M1 Pro and M1 Studio are respectively versions of the Analog and Vitality that come with Femto clocks for better performance, and have a higher price tag of $748.

The M1, on the surface, doesn’t come across as a particularly remarkable DAP. It has a fairly simple user interface and controls and takes up to two micro-SD cards up to 128 GB in size, from which any common music file format, including DSD, can be played. The M1 will also read CUE sheets. Where the M1 is special is that it uses an FPGA (Field Programmable Gate Array) programmed by Soundaware to decode digital files, and the CPU, digital DAC input, analogue DAC output, and analogue amplification all have separate power supplies inside the DAP for maximum sound fidelity. 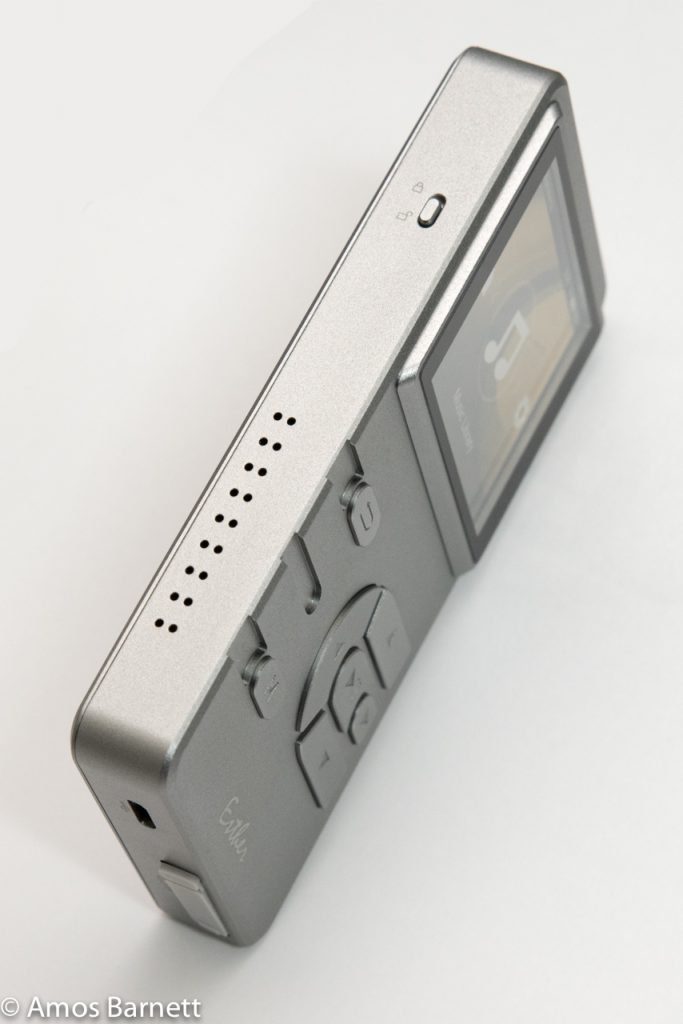 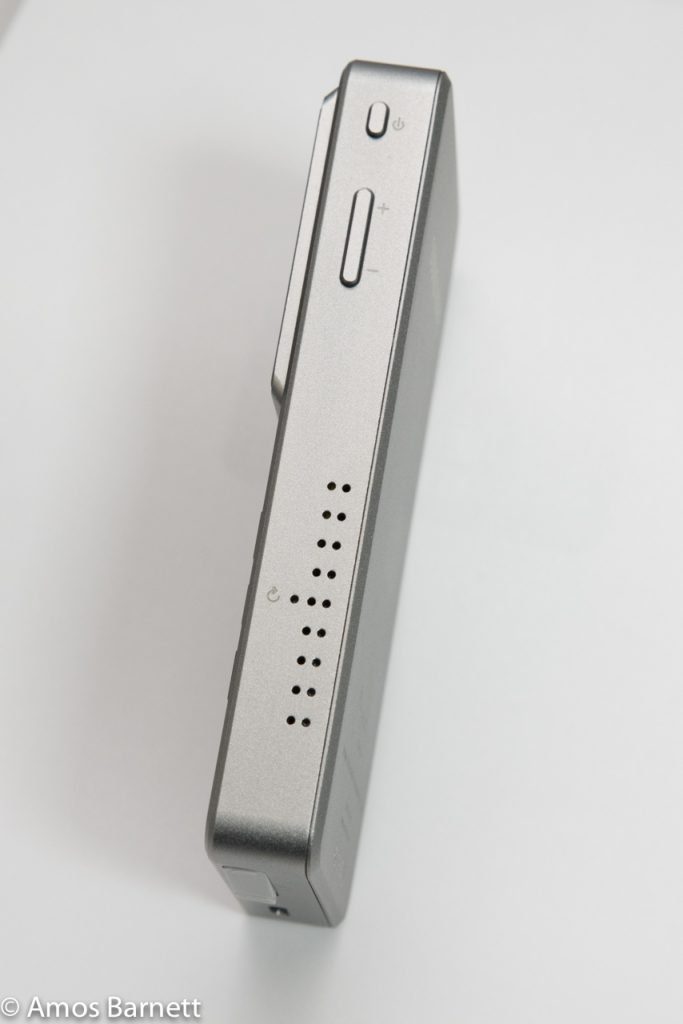 Ergonomics-wise, I found the layout of buttons on the front to become quickly intuitive, the shapes and cut-outs easy to feel. I do wish they’d ditch the screen bulge as FiiO did with the X5II, however, as it detracts from the design. The top of the M1 has three ports, for headphones, line out and coax digital output respectively. Power and volume are on the right while a sliding button-lock is on the left. 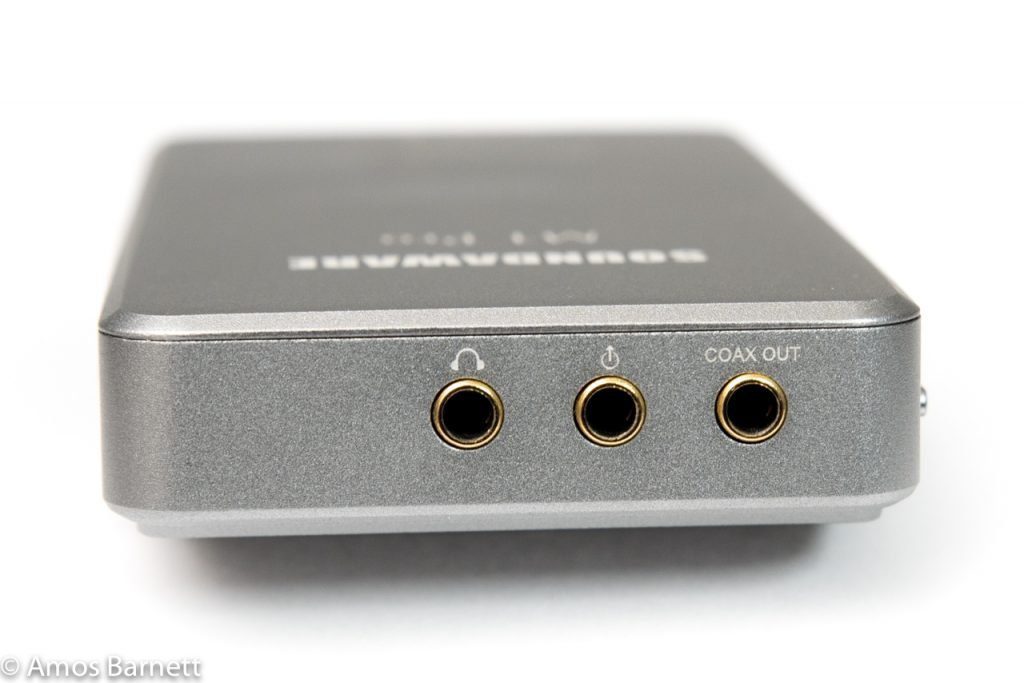 The bottom has the micro-USB port and the two micro SD ports behind a rubber cover. Cards don’t insert the same direction as the slots are clearly on either side of the circuit board and being quite recessed are hard to insert and remove, so much so that after un-locking a card I usually need tweezers to get it out.

The basic, $553 model comes in two versions with different tuning. The Vitality version has a more neutral tuning, whereas the Analog version, which I was sent, is designed to sound like an old-school CD player. I’m guessing something like ones of the models that used old Phillips R2R chips was the inspiration, because the sound is quite warm, even more so than the Chord Mojo. Warm though it may be, it is possibly the nicest player I’ve ever listened with, excepting possibly the AK380 and the HiFiMan HM901 with balanced card. The M1 can also be used as a digital transport, with a coax digital output, or to an amp via the line out, which has a slightly low 1.4V output. 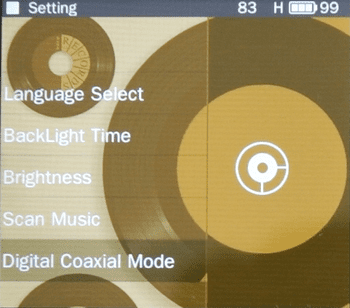 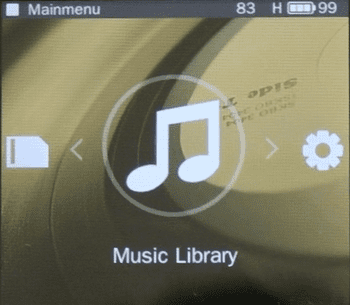 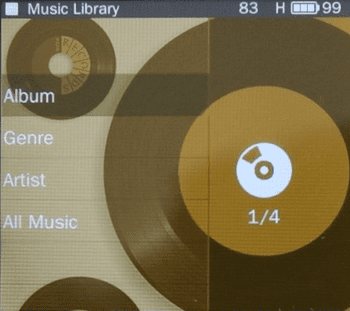 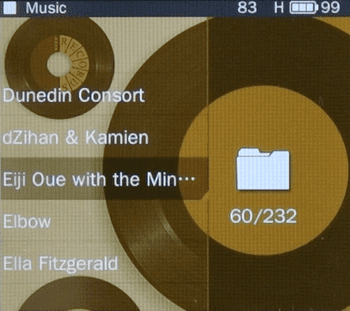 Browsing is done by artist, album, genre or by viewing all files. Scrolling down screen-by-screen can be done using the left and right controls, which is reasonably quick, whereas the up and down controls move an entry at a time. Annoyingly only about half the screen is used to show file names, something Soundaware admits was a bad decision from the start, but no doubt because Chinese file names use far fewer characters than do those in English and other languages. There is also quite a bit of vertical space wasted, so one screen only shows 5 files where it looks like it could comfortably fit 7. A redeeming feature is that the software is upgradable via downloadable firmware files, so there is a possibility that sometime in the future this will be rectified.

I was in two minds whether or not to add the Soundaware M1 Esther to the gift guide, as the software is a bit temperamental, with issues such as the volume controls being slow to respond, the unit being more functionally limited than, say, a FiiO X5 or similar and there being a few software bugs remaining. I’ve noticed that a segment of Head-Fi members are quite happy to put up with a rather basic, and possibly even somewhat frustrating design if the sound quality meets their needs.

That is where this DAP got me: More than anything, the M1 Analog and M1 Pro make listening an absolutely wonderful experience. With all the headphones and IEMs I plugged into it, from my Ultimate Ears Reference Monitors, the Torque Audio t096z’s to MrSpeakers’ Ethers, it made listening an absolute joy. The warm signature takes away anything unpleasant from recordings, but doesn’t sacrifice detail in doing so. Many of the albums I like, from Patricia Barber, Elbow, Bill Evans and Beck have some harshness in the treble — whether from the recording or mastering I don’t know, and owning a revealing system, especially revealing IEMs, can highlight this. Not so with the M1, which makes all of it a pleasure to listen to instead.

The M1 even does a basically decent job driving full-sized headphones, managing to do well with MrSpeakers Ethers. However, with balanced armature IEMs the high output impedance can be troublesome. With ALO Audio’s Andromedas there was a drop in mid-bass, which was fine with some of my more bass-heavy albums, but less pleasing with others. Plugging the M1 into a good amp, such as Sound Potion’s Monolith, ALO Audio’s Rx or Continental V5 as a source, things began to really shine. While not as spacious and detailed-sounding as, say, an AK380, the result was a sweet-sounding portable rig.

Likewise, joy was to be had using the M1 as a source for one of the amps in my main system, such as the Studio Six or APEX Sangaku.

Switching the M1 into Digital Coaxial mode and using it as a source to my Chord Mojo it made for a great-sounding rig. The Mojo, like the Hugo before it, seems to sound best when the transport is good and the M1 does a good job at that, distinctly better than the AK100 I had originally bought to use with it. However, to use it with the Mojo, I had to build a custom digital cable as the coax output uses the ring and sleeve of a 3.5mm plug, completely different to everything else out there.

The other advantage to Digital Coax Mode is that the battery lasts much longer. One major downside to the M1 is that hardware sucks through the battery very fast. The first 10% seems to go quite quickly whereafter things slow down a bit, but the units becoming warm soon after power on hints at what is to come. I had to make sure I’d set a reasonable auto-power-off time as if I forgot, I’d have a flat battery on my hands the next time I went to switch on.

Battling off components, the M1 Analog seemed to be a bit behind in detail compared to the Mojo, if a bit more pleasant to listen with sometimes. Moving up to the M1 Pro, the music becomes slightly more clear, and that is where I was challenged to decide which I preferred, whether I was using high-end IEMs or full-sized headphones, the latter via an amp.

Overall I feel the M1 is one of those designs that is almost there, but will likely have too many down sides for a lot of people. The compromised UI, high output impedance and short battery life despite low power output may just be too much. But for a few people who want a warmer and more pleasant sound and can live with the compromises, Soundaware is a very interesting company that makes an incredibly pleasing-sounding DAP.

The M1 Analog was sent to me for review. The M1 Pro was part of the recent review tour. 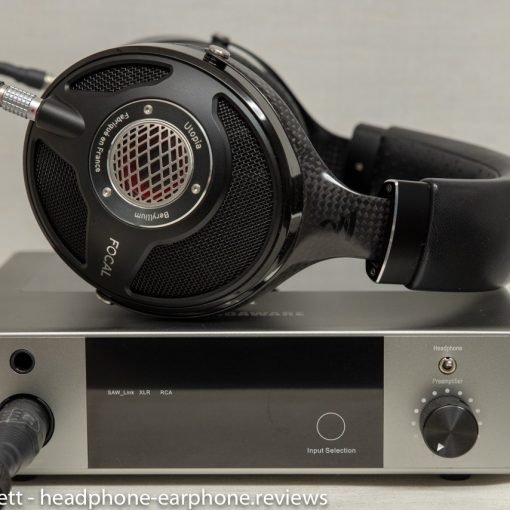 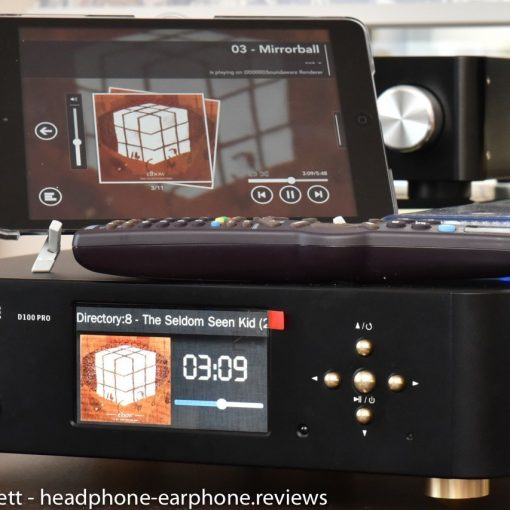 Danny from Dita Audio tipped me off that I should check out Soundaware and that they had some pretty clever technology. And […]