Skip to content
It all started some time ago with a message asking me if I’d like a free review sample of some headphones from a creatively off-beat name. I’d seen the Noontec Zoro II name around Head-Fi and only guessed that they were inexpensive and may actually be half-decent, so I accepted. Later it turned out that they appeared to have given away quite a few pairs to people to review and that they were cheaper than expected. At under the $100 mark they were on the end of the scale that I usually ignored except when a handful of cheap-headphone-spotters would start arguing about over them in the forums.
The small box that arrived with a front revealing-flap did not encourage me with the marketing on the front — “Surround Closed Cavity Body” (meaningless), “Votrik Speaker” (who?), “High Definition” (Ungh!). It brought back memories from decades ago of my $10 “Dyanmic Stereo Sound” speakers which were single drivers in a cheap plastic box. Inside the flap is a lot of very small writing going over the features which I felt were more relevant once I opened the box in which they were neatly folded. 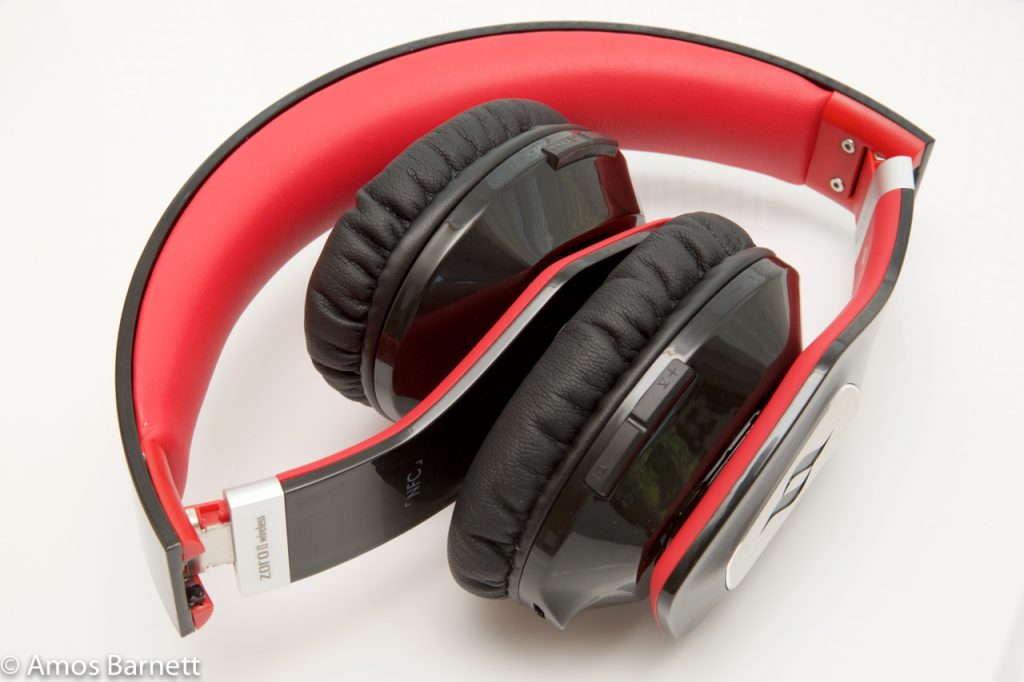 The hinge is steel reinforced, which is a positive given that the headphones are understandably plastic. The outer plastic is coated in what is described as “piano crafting varnish”. In blue it looks more like the pearl car paint and in any of the colours is very nice and fingerprint-magnet smooth. On the headphones, which are “Designed in Italy” the result is gorgeous, garnering immediate positive comments from my young daughter when she spotted them. The headband arc ends at the hinge and part of it on either end are two tiny lugs which, when you open headphones all the way, snap into place. I immediately worried about the durability of snapping and folding this daily a few times and reached out to Noontec to ask them about durability. They replied that they had tested the hinge and it didn’t have any problems after “5000 times test” [sic]. 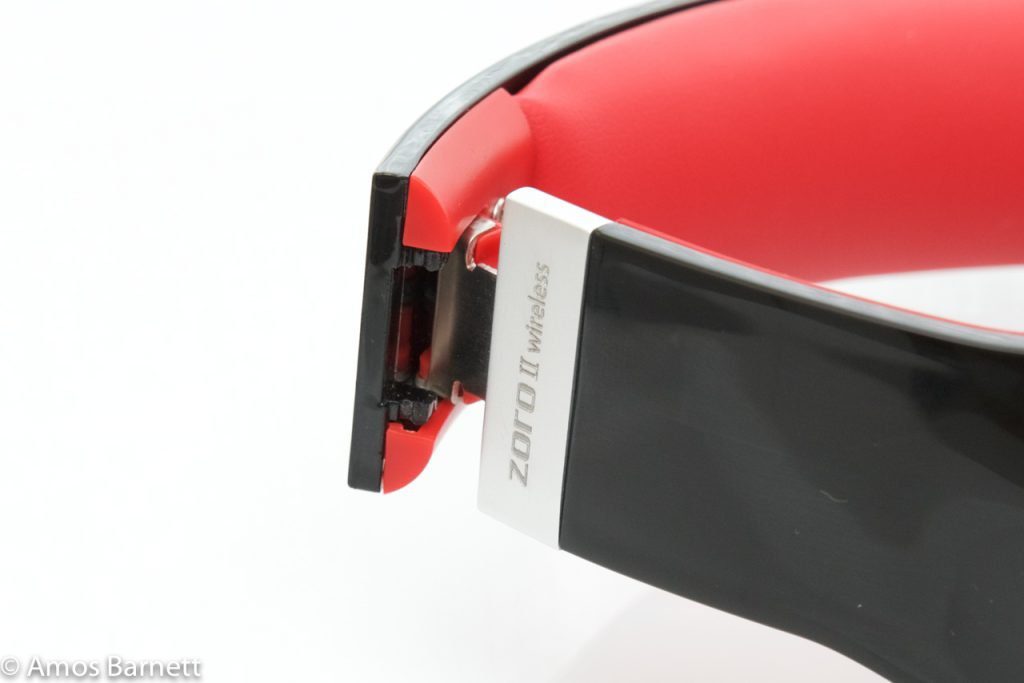 Noontec appears to have taken the time to make decent earpads. I’ve seen too many pairs of low-range headphones that had vinyl so thin that the earpads were destroyed in short order, so decently thick earpads with a reasonably soft and smooth but a little robust-feeling covering was a pleasant surprise. The Zoro IIs sit on your ears, rather than around them, so this is important.
The fit and finish appears quite good, down to the cup swivels, which don’t just flop around. The headphones don’t rattle when shaken and even when folded the hinges only have a tiny amount of play, only about as much as one gets in a high-end zoom lens. Even the single-button-with-mike phone-compatible cable is decent enough — a long strip of thin rubber terminated with branded plugs.
My first impressions of the wired version were a shock and not at all what I expected from a pair of cheap headphones. At a moderate listening level the music was quite detailed and crisp. My usual experience with cheap headphones is that they tend to be boomy with a poor mid-range and very rolled-off treble, which might be OK with modern brightly-mastered pop but is rubbish for just about anything else. More recent models seem to be moving away from this trend, but I found that one usually has to spend a couple of hundred dollars first.
I had a listen to the wireless version from my iMac, which is capable of APTx transmission, as well as plugging them into everything from my iPhone up to my main headphone rig, and the results were pretty good. Like the wired Noontec Zoro II they have a fairly even sound which is slightly warm, with the bass boosted a little bit and the treble slightly rolled off which made them good with a wide variety of music. Randomly playing tracks from my three-stars-or-better iTunes playlist I found that modern music that ideally needs good bass punch was satisfying down to the low bass; and acoustic music that requires a decent mid-range and treble was equally pleasing to listen to. They aren’t, of course, as dynamic or detailed as more expensive headphones, but they were still very pleasant to listen with, much as the stereo in my car is, without any unpleasantness or harshness to speak of at moderate listening levels. However as the volume was turned up, the limits of the cheaper materials became more apparent and the distortion seemed to increase. I don’t listen that loud and some caution should definitely be had if you listen loud, as cheaper headphones tend to distort sooner from the cheaper materials used to make them. 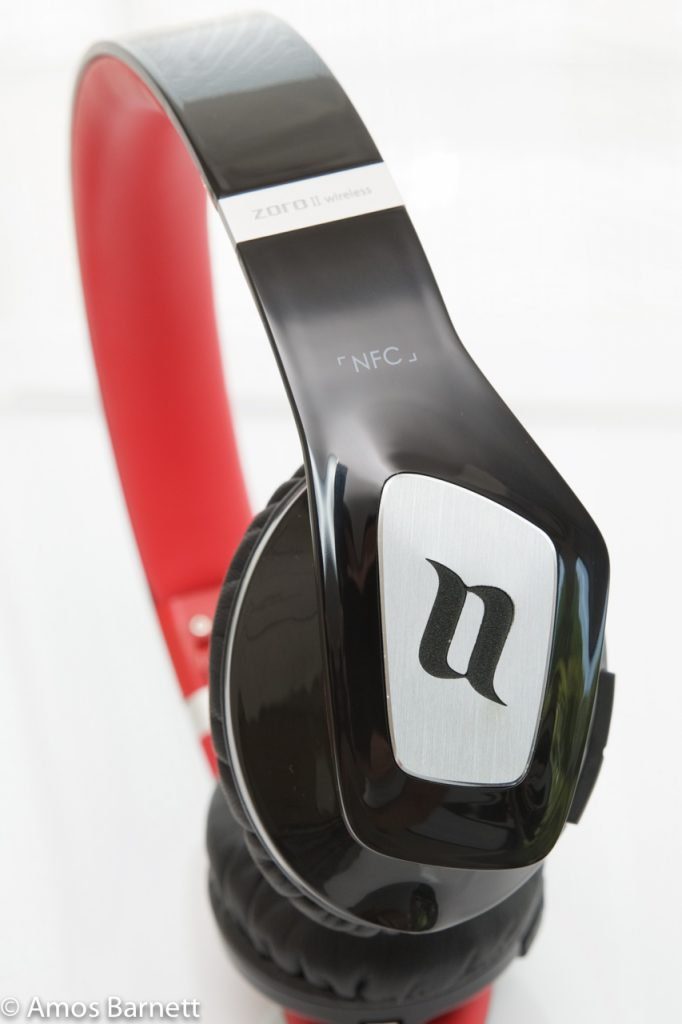 I also plugged them directly into my other components such as my iPhone, and I found they did scale up a little bit plugging them into better components, but I didn’t feel that it was worth considering being that they are only hundred and twenty dollar headphones.
If anything the performance was almost exactly the same as the wired Noontec Zoro IIs, whether I used the wireless or the wired mode, and they could be used satisfyingly with the power off if necessary. As for isolation, it was basically what you’d expect from a pair of of basic on the ear headphones without noise cancellation — out-and-about you’re going to have to turn the sound up a bit to hear the music clearly because they don’t isolate much at all. These aren’t going to be a good pair of headphones to take on a plane, for example.
Where they shine most is for casual listing in front of a computer, at home or say, in an office, at school or in any place where noise isolation doesn’t become such an issue. It’s in those situations where it is possible to listen comfortably for some time because the Zoro IIs are lightweight. Also, because they are easily foldable you can just chuck them in a bag and take them with you without them adding significantly to what you have to carry.
Overall, just as I was pretty satisfied with the original Zoro IIs, the wireless version is much the same good-quality, inexpensive pair of headphones.  In this case, you’ll be paying about double the now $60 wired version to get wireless.  I reckon if I was in the market for a sub $150 pair of wireless headphones for relaxing listening while I was at work or similar,  these would be definitely on my list, as they are attractive, pretty well-made and don’t feel cheap and are pretty good value for the money. 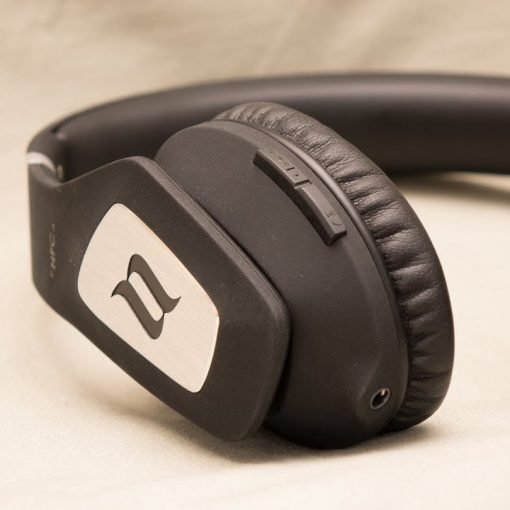