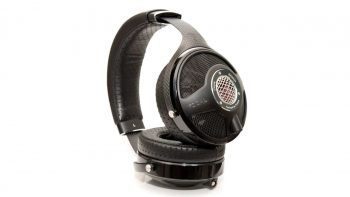 I first had the chance to audition Focal’s Utopia at the Wikia meet in San Francisco, taking them around and trying them in different rigs. For $4000, they had a lot to live up to.

While on the outside, the Utopia looks like fairly conventional headphones, up close the quality and precision of the parts and assembly is very apparent, down to the hexagonal-shaped holes of the plate in front of the driver and the carbon fibre yokes.

The cable uses high-quality Lemo connectors which click in with precision. The yokes extend in a manner that ensures an equal pressure on one’s ears despite one’s head size, important as changing the pad shape or contact can negatively affect the sound. The head pad and ear pads themselves are soft and comfortable and good for long listening sessions.

They are very much open-backed headphones to the degree that light easily shines through them. Included is a very long cable — likely so for 2-channel system owners for whom their amp may be some distance from their chair. For the most of this review I used them with a Moon Audio Silver Dragon or Black Dragon kindly lent to me by Drew for this review, partly because the stock cable is too long, and partly because it made it easier to compare other headphones.

My first impressions at the meet were that the Utopia accurately portrayed the nature of both the music and upstream components. The tonal presentation is a bit bright of neutral, the upper mids and treble coming through a bit strongly for preference, not helped by comparing them with the more bass-strong Sony MDR-Z1R. This lead me later to experiment with a +4dB shelf boost below 100 Hz. Now that people have tested them with Elear pads, which give a bit of a boost down low, if I ever buy a pair I will definitely go with this mod.

Out of most equipment, the Utopia sounds a bit closed-in, yet very fast. There were only two set-ups that I used them with where I didn’t feel this. First was out of a Cavalli Audio Liquid Tungsten prototype at the meet. From that set-up, the amp had delivered a sense of huge space and it was very easy to make out the character of the Astell & Kern server that was feeding it. Very clear, but definitely with a slight Sabre DAC character.

The second was my own system. When I first plugged them in, the Studio Six and Yggdrasil had only been switched on a few hours. Initially, I had the same, somewhat closed-in impression of the Utopia, but this disappeared after my system had been on for a day. Strongest was the feeling that the Utopia delivers music with such effortless speed that every other pair of headphones I had on hand — Sennheiser HD800, HiFiMan HE1000 V2, MrSpeakers Ether Flow and Sony MDR-Z1R — were veiled in comparison. It was such that after listening with the Utopia, the HD800 felt like it was only delivering a wall of sound.

The Utopia delivered such precise and deep layering of sound at all distances that with excellent 2-mic recordings, it was possible to hear an instrument play a note, and the sound of that note travel across the soundstage. If the recording had sufficient bass, the whole experience was profoundly wonderful, a sense of the headphones getting out of the way of the music. Not just “a window to the music”, but smashing the window altogether and nothing in between. A good parallel might be the way an Audio-gd amp seems to disappear, imposing no signature of its own.

With my favourite psychedelic electronica, Shpongle, I could hear all the way into the mix, as individual samples started and stopped. It was in many respects, too good, too much detail. Modern binaural recordings from Chesky records I could hear so much further into the space that was only bested by a Chord DAVE/HiFiMan Shangri-La system I’d listened with in Tokyo, which made the instruments sound convincingly as if they were in the room, outside the headphones.

The downside to this was that any harshness present in the music was delivered, albeit politely, to one’s ears. The slight tilt towards the upper ranges, like the HD800, emphasises harshness in a way that isn’t the most pleasant and pushes one towards better recordings. I listen to Radio Paradise in the car and often select music I’d like to try later on TIDAL. Getting home, I very often find a great track was recorded or mastered poorly or unsuitable for high-end listening. 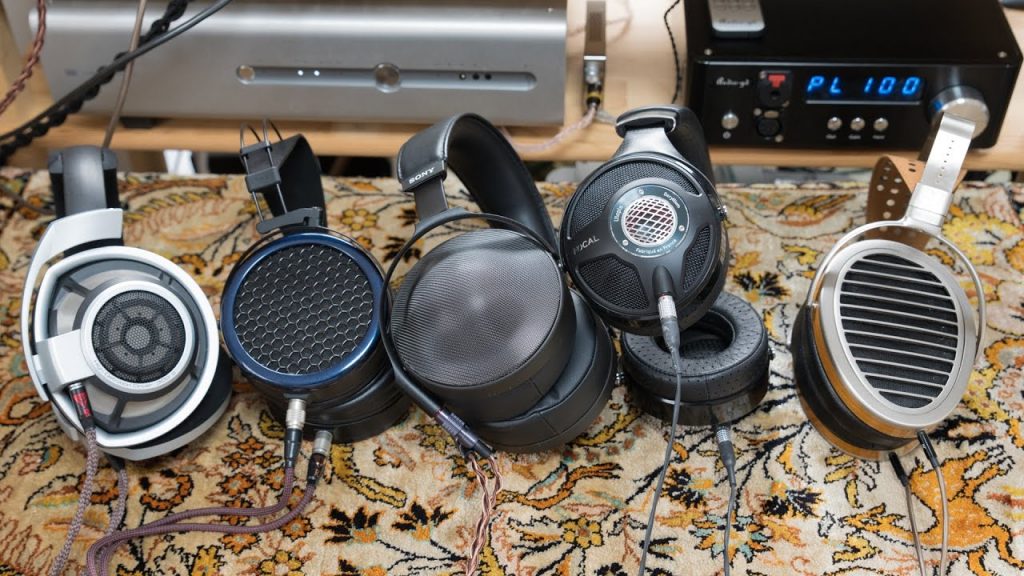 Compared to other headphones, apart from the HiFiMan HE1000 V2, which has an electrostat-like delicate delivery character, while it can deliver uncanny realism to low notes such as drums, and equally seems to require a TOTL system, it didn’t have quite the ability to deliver layering the Utopia could. What is more the Utopia can deliver the full punch of notes like a dynamic driver, yet without the low-bass distortion.

Sony’s MDR-Z1R is a different beast altogether. Darker, with strong bass and yet a somewhat forward mid-range, it is very detailed, yet quite coloured. It’s very good at bringing the music to you, spacious when required, up-front when you want to rock out, but is outclassed by the Utopia in the purest sense, even if excellent in its own right.

MrSpeakers Ether Flow has the bit more bass to be the better all-rounder, yet not the clarity, even if it has the similar trait of sounding like what it is plugged into. If anything it might be challenged by the Elear.

Some time ago I imagined that planar driver headphones would eventually catch up with electrostats and deliver the kind of effortless detail they do, yet with the punch of a dynamic driver. Little did I imagine that Focal would come out with something different, effectively a speaker driver inside a pair of headphones and that it would seem to best both. The Utopia is uncannily close to the “perfect” headphones — ultra-resolving, yet able to deliver the spirit of the music even out of a portable rig (if not at its most capable).

Someone recently asked if the Utopia was really worth $4000. Considering that the legendary Sony R10 cost the equivalent of more than that in 1989, and the Stax SR-009 costs around that now, given their incredible resolution, I think they are most worthy of their price.

If you are planning to buy a pair, please help support my channel by purchasing them via this link: https://amos.io/Focal_Utopia