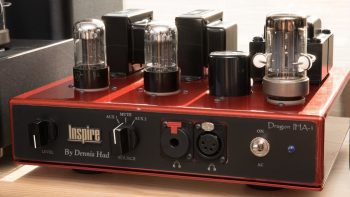 Inspire by Dennis Had Dragon IHA-1

A couple of years ago I happened to be in North Carolina, visiting friends who live near Moon Audio, so I took the opportunity to visit and try out some of the gear there and spend some time chatting to Drew and his wife Nicole. It was also a chance to pick up a reasonably-priced (ie: in the hundreds of dollars) set of custom-length silver interconnects, something that would normally cost in the thousands from companies nowadays.

I already own one Moon Audio cable, a Silver Dragon for the MrSpeakers Ether. I bought it second-hand as I only had a prototype DUM cable for them as I had bought one of the original first-production models. Like the Black Dragon, I didn’t find the cable particular remarkable — nothing jumps out about the sound when using them. That experience became a precedent for my experience with the Dragon IHA-1 Inspire.

The IHA-1 was designed by Dennis Had, previously of Cary Audio, and very well-known for his tube amp designs. I had only seen Cary Audio gear in various high-end stores, but never auditioned any systems using them, so this was to be my first experience with one of his amps.

The IHA-1 is a relatively straight-forward design, with one power tube, by default a Electro Harmonics 5Y3GT, but compatible with any 5U4 type rectifier or 274B tube. Headphone (or optionally pre-amp) drive is provided by 2 6SN7 tubes, one per channel, and output is via transformers.

The amp can be ordered with upgrades: Lundahl transformers and/or NOS (New Old Stock) tubes. While the former is obviously a factory option, people with existing tube collections may not need the latter. For review purposes, the model sent had the NOS tubes included and a rolled a couple of my own collection in for comparison.

I’ve found that every amplifier manufacturer has its own “house sound” of sorts. For those of you who already know their way around tube amps, the Moon Audio “house sound”, which is apparent both in their NOS tube selection for the amp, as well as their cable designs, can be best summarised by the chrome-top Sylvania 6SN7 that came with the amp — a smooth, even sound that doesn’t jump out at you, where the detail is there, but presented in a manner without drama.

What was most lovely about the Inspire IHA-1 was the almost total lack of noise (it took using IEMs to find any, and then it wasn’t at all a problem with the less sensitive pair) and the general even-handedness with which it drove everything from the Sennheiser HD800 to HiFiMan HE1000 V2. It doesn’t present the music with warmth, as in the manner of the almost syrupy sound the Woo Audio WA8 had, but if something like FiiO’s X7 is “steel”, Audio-gd is “black opal” and the WA8 is “brass”, then the Dragon Inspire might be “marble”. 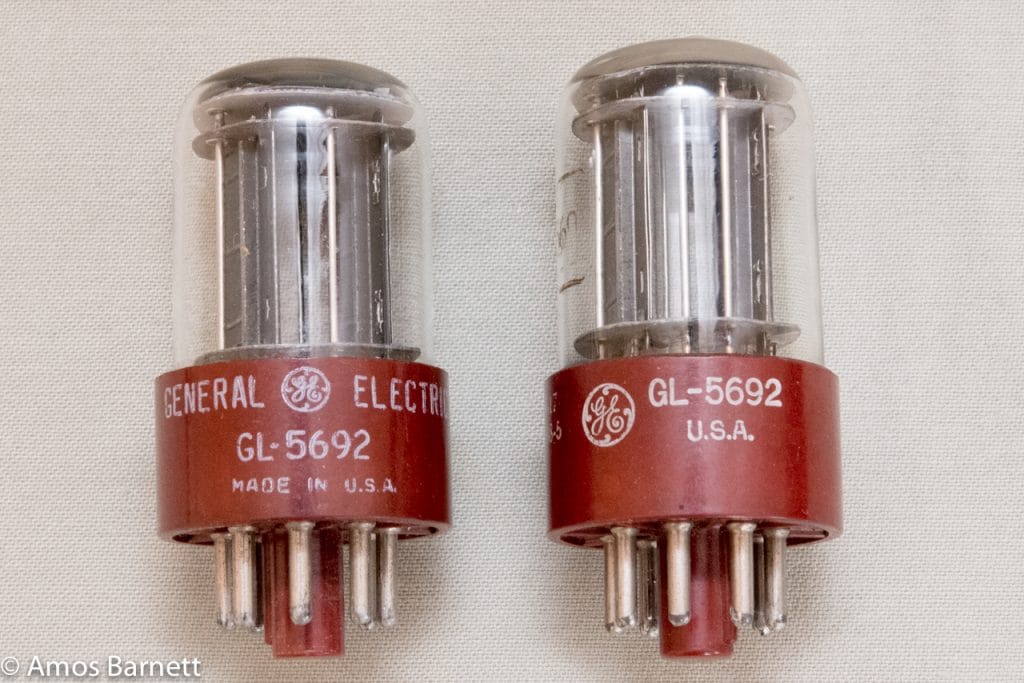 I didn’t have enough tubes or adaptors to do a lot of rolling, but I dropped a pair of GE red-base 5692s in place of the chrome-tops, which gave a more lively, if a bit more aggressive presentation. For the power tube I had a spare Mullard metal-base 5AR4 that I had bought as a pair.

I’m pretty much a fan of the High Definition Tape Transfers jazz albums, some of which are magical. The Mark Colby Quartet in DSD256, decimated by Audirvana into PCM and fed to the Yggy as 178.6k is wonderful stuff, much of the dynamics present in the instruments despite the original recording age. Listening with the HE1000 V2, my Mullard metal-base GZ34 seemed to open up the soundstage and deliver more of the dynamics of the instruments than the RCA 5U4GB, while keeping the smoothness and liquidity of the Sylvania 6SN7s.

Even with the Mullard the amp doesn’t quite have the big-iron relaxed and spacious sound of my ALO Audio Studio Six with the HE1000 V2, even after I’d rolled Sylvania 6V6GTs in to even up the comparison.  What might be an interesting battle would be with all upgrades against the similarly-priced Apex Sangaku, though that amp, from memory, was most enjoyable with planars and less inspiring with the HD800.

As my loaner had the optional pre-amp outputs included, I used it with my ADAM ARTist 3 speakers. While not the same as using it with a proper system, I can usually get a fair idea of how an amp’s pre-amp functionality this way. Flipping the switch on the back to change to pre-amp mode, the result was as satisfying as it was using headphones.

The smoothness didn’t detract at all from the dynamics of the San Antonio Symphony Orchestra performing Concierto Andaluz for 4 guitars & orchestra from the Mercury Living Presence CD set. The amp brought through both the fine detail of the instruments as well as demonstrated much of the capabilities of my Schiit Yggdrasil in this mode. It did this to a sufficient degree that I could switch the USB converter that I was using with the Yggdrasil and easily make out the subtle different in how the music sounded as a result.

Noteable that with my speakers set at the centre “0” volume setting, with the Yggdrasil as source, I had the volume, which starts at the 6 o’clock position, at around 9 o’clock. I expect this might be higher with speakers that aren’t in near-field as mine are.

Functionality-wise, my only complaint might be that the gain might be set a bit low for some people, or some equipment, as I had the volume up at 3pm, though that was with the above-mentioned jazz, and other music had it closer to 12 o’clock.  I’m also not a fan of the locking version of the Neutrik headphone jack, though it might save someone accidentally shorting the amp for an extended period of time should the plug be yanked half-out.

When I first visited Moon Audio, I tried out a custom tube amp that Drew had in his showroom. At the time it, along with Black Dragon cabled HD800s was too smooth for my tastes, much as putting all green-label chrome-top Sylvanias in my Studio Six was. But now I’ve had a chance to get used to this with a variety of headphones, I appreciate it more than before.

Overall, the Dragon Inspire drove headphones effortlessly, from IEMs up to top-of-the-line full-sized models and is a highly capable amp. In my system, it was only bested by an amp that is far more expensive. It’s not the kind of amp for someone looking for warmth and lushness, but for good, all-round tube performance, with the option for a bit of variety, and even a bit of a sound upgrade, via tube rolling.  Given the price of the amp, I’d thoroughly recommend it.

Thanks to Drew from Moon Audio for lending me the amp for review.