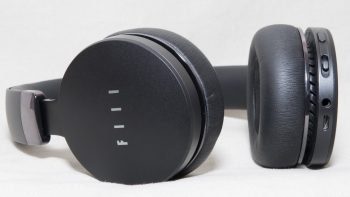 Jona from Gearbest wanted to send me a pair of Bluetooth headphones. She promised that they sounded good (George previously had sent me a pair that sounded like rubbish) so I agreed.  That is how the FIIL CANVIIS arrived (Note: These headphones were previously called the DIVA. The review had been updated to reflect the new name).

Opening the box I find a box that resembles something Apple might package a product in, which is never a bad thing. Inside that is a basic case which is really too big for portability considering the headphones are incompletely folded inside. At least they are secure.

I am not inspired by the “Fiil me now” and similar things written inside the instructions. I don’t need cheesy, I need good sound. Thankfully they ended up delivering that. They also have a smartphone app that delivered way more than I had expected. 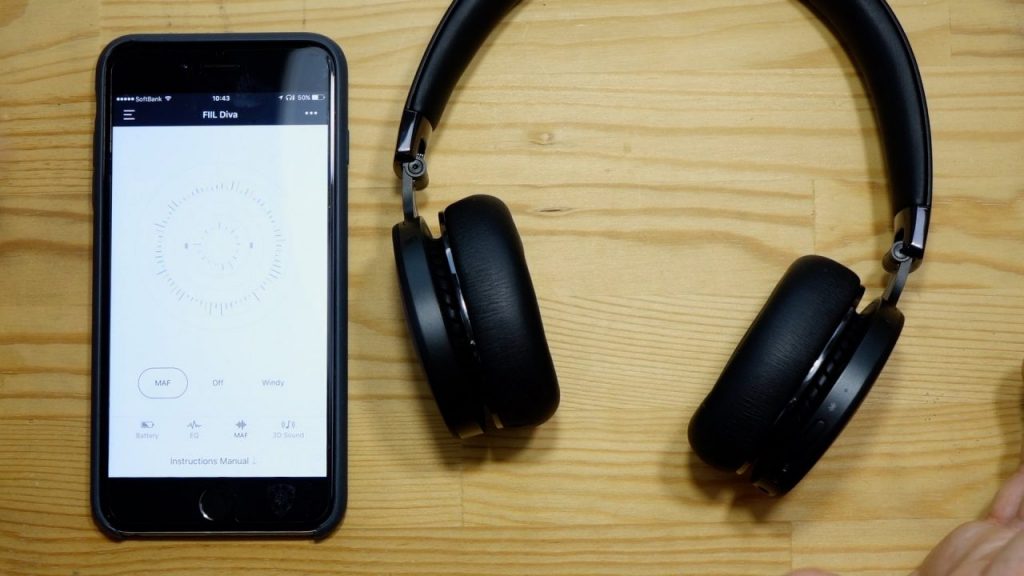 Out of the box, the CANVIIS feels solid, with somewhat stiff, but smooth-bending metal hinges to complement the plastics and, aside from the regular design, a funky flexible perforated gasket that controls the fit nicely. The soft and plush earpads have a mesh in line with the area that contacts your ears, and don’t appear to be removable. In fact, there doesn’t appear to be any way to disassemble the headphones at all.

There are two sets of controls on the CANVIIS: One on the edge of the cups next to the USB and 3.5mm sockets, and the other touch controls on the outside of the right cup. Of the edge controls, there is the power/Bluetooth button, and a 3-way toggle (up/down and press) which controls the noise cancelling mode.

On the back of the right cup there are 4 spots for volume and playback controls which can be deactivated in the phone app. 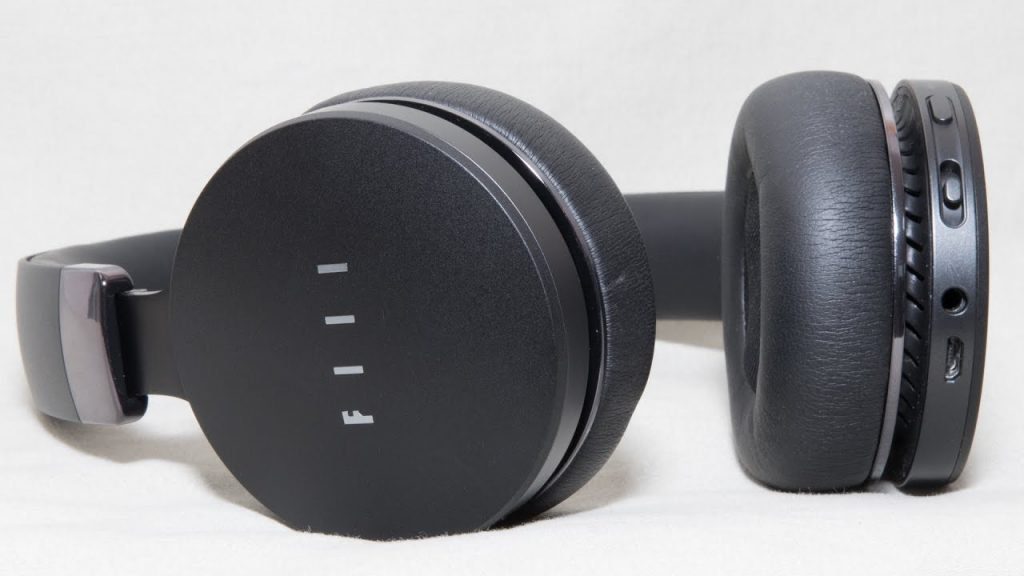 They come with a somewhat bulky case in which they are placed semi-folded. Completely folded the pads, which don’t seem to be replaceable, end up a bit squashed. Those are the only niggles on what are pretty nicely thought out and good-performing headphones.

The CANVIIS comes with a smart phone app with a rather unexpected feature set. First of all, FIIL provides firmware updates. When I received the headphones they had firmware 0.4 on them, and an update gave me 1.22 (and 1.23 just before I did my review). I saw another review of them where they had some issues at version 0.4, and the updates clearly fixed those.

The app also, very unusually, has a burn-in feature allowing you to create burn-in profiles for multiple Fiil headphones. This is possibly overkill for a relatively inexpensive pair of headphones and regardless, I didn’t find that they changed in how they sounded with use.

They also have an unnecessary feature allowing you to manually turn on and off the lighting for the logo on the left cup.

Of the noise cancelling settings there is:

Even with noise cancelling mode off, the passive isolation of the headphones is pretty good, appreciable considering how poorly damped other models I’ve tried are.

I tested the noise cancelling modes by playing music and various videos of people talking and other sounds to get an idea what would slip through. It’s pretty fair to say that the modes worked as advertised, with the wind mode only necessary in strong wind blowing directly onto the headphones. Although you can switch modes using the toggle switch on the side, which partially mutes the music and announces which mode it has changed to, I had trouble making out the announcement with music playing. 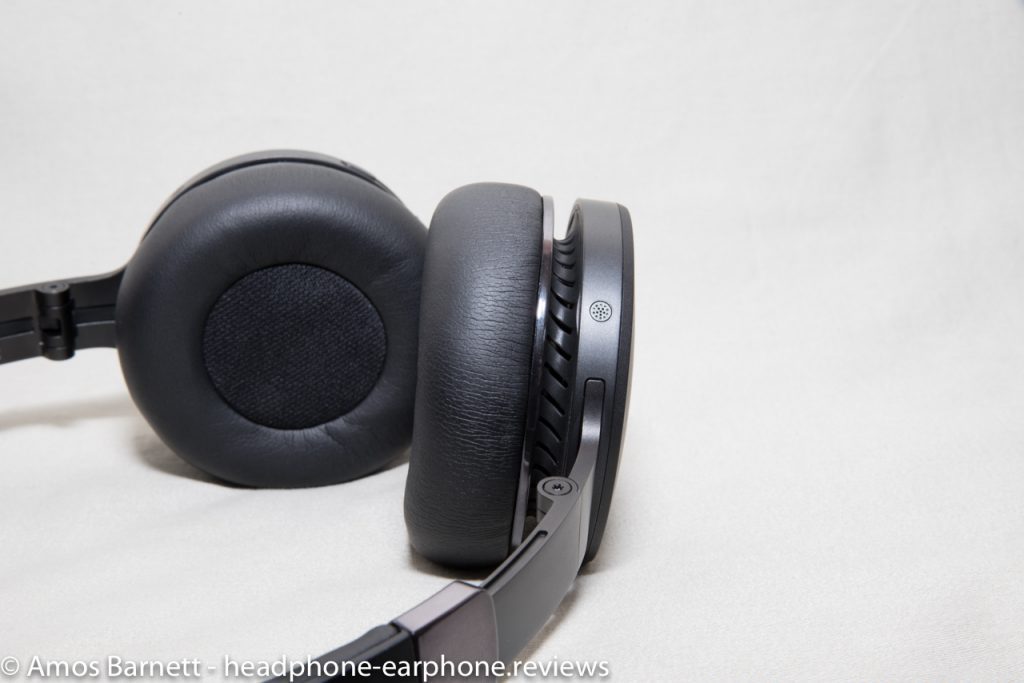 The app also allows setting of two alternative “EQ” modes, one which makes the headphones slightly warmer-sounding, and one that makes them slightly brighter.

There are also some interesting 3D-type DSP settings to emulate music playing in a living room, theatre and hall respectively. While not of personal interest, with some types of music they provided a good soundstage-widening effect to varying degrees. Sometimes the effect would be great, making the sound much more spacious, but with some music it just sounded odd.

What most impressed me about the sound quality of these headphones was that, unlike cheaper noise-cancelling headphones I tried, the sound was consistently good regardless of whether noise cancelling was on or off, or even if the headphones were used directly from an amp.

The sound itself is fairly even, with a bit of warmth and what I feel is about the right amount of treble to be a good all-rounder. There was enough detail that I could make out subtle sounds in the music to an enjoyable degree. The bass goes down low into the deep bass, albeit with some woolliness, but nothing at all unexpected given the price.

At moderate listening volumes the mid range and treble are pleasant, with a reasonable degree of soundstage, even in the standard listening mode. The treble didn’t become unpleasant even when the volume was turned up, and bass even managed a reasonable amount of texture listening to classical. Not surprisingly the soundstage is congested at higher volumes, the result of them being on-ear headphones.

Primarily, they passed my main parameter of whether or not I could actually enjoy listening to music with them given all the high-end headphones I have on hand. What is more, they cancelled out a sufficient degree of noise in the full noise-cancelling mode to be pleasant to listen with on public transport.

I was very pleasantly surprised by the FIIL CANVIIS, enough to carry them regularly on flights.  They are very well-made and fully-featured. While they are not as good-sounding as Sony’s more expensive offerings, it is possible to find the CANVIIS for as little as US$169 in white, which makes them great value.