A few years ago I remember that the big deal about HiFiMan IEMs was their low price. It was hard to argue with good sound for $99, so it is something of a surprise to end up reviewing the gold-plated HiFiMan RE2000 flagship.

While another entry into the category of high-end IEMs at the $2000 mark may not be a surprise, the announcement of the price generated some skepticism, as there had been issues with the build quality of their flagship components in the past, most noticeably the original HE1000, which was re-released after only a year with considerable improvements to both the design and the sound quality.

HiFiMan were obviously keen to see some reviews out there, and encouraged me to review a trio of their products, including the Susvara and RE800. While I was somewhat skeptical of the potential performance of each, the RE2000 has turned out be surprisingly good, even if there are some caveats.  But that is jumping head. Let’s start with what’s in the box.

The RE2000 comes inside a small version of the type of case they use for their full-sized headphones, such as the Edition X, the cable inside one small box and the eartips in another, either side of a round, pop-open aluminium case similar to what Ultimate Ears provides.

Included is a good, if slightly unusual range of tips. The stock tips that come with the RE2000 are a pair of medium grey bi-flange tips, the flanges very close together. A duplicate pair of these are also included. In addition to those, are pairs of medium single-flange tips with a wider bore, and small/medium and medium/large tri-flange tips. Given my past experience of dynamic driver IEMs such as the Dita Truth and Campfire Audio Vega IEMs being somewhat tune-able with different tips that have varying bore widths, this selection is significant. The included cable is 135cm (53 inches) and is rubber coated with a quite large, right-angled 3.5mm plug. The splitter and choker are both metal and quite attractive. The choker slides easily, maybe a little too much so but did stay in place while I was listening, which didn’t usually involve movement.  The 3.5mm plug unscrewed easily, revealing electrical tape around the wires, which detracted a bit from the perception of quality, but would make it easy to re-terminate should one desire.

On the IEM end, the configuration is a standard 2-pin one, with the front-most pin positive. Unusually a spare pair of IEM plugs is included, suggesting that you can make (or repair, or have made) your own cable with them. The plugs attach to the IEMs themselves quite securely, which was quite pleasing after having almost lost IEMs that use the 2-pin connector.

The included round carrying case contains a foam insert where the IEMs are stored in the box initially. Removed, it makes for an easy method for carrying them.

Also included is a pair of quite easily attached cable guides that help the quite rubbery cable sit around your ears.

The significant technology in the RE2000 is what HiFiMan calls a “Topolgy Diaphragm” which uses a nano-partical coating to create the ideal performance characteristics. It is based upon Fang Bian’s PHD thesis study and aims to reduce diaphragm distortion with these coatings.

Visually the RE2000 is striking, with a gold-plated brass body. Up close the fit and finish is not quite as perfect as, say, a Campfire Audio IEM, but this didn’t bother me as much as it has some people online.  Achieving fit was a bit usual at first. The IEMs themselves are not labelled left and right, but I quickly managed to figure out which was which if I wanted the wire to go up and around my ears. They can also be worn with the cable pointing down by swapping them and inserting them the other way up. For my listening I wore them with the wire around the ear.

Initially I tried the cable guides which took me a few minutes to figure out how to orient. The wires are inserted into the slot running along one side of the guides and then you insert the IEMs and hook them around your ears. This turned out to be more fiddly, especially as the wire would come partially out of the guide most of the times I removed them from my ears, though If I was to be wearing them for a long period and might want to pop one out without having it fall down, I might try using them again. In the end, I just used the choker to hold them in place, which was comfortable enough. 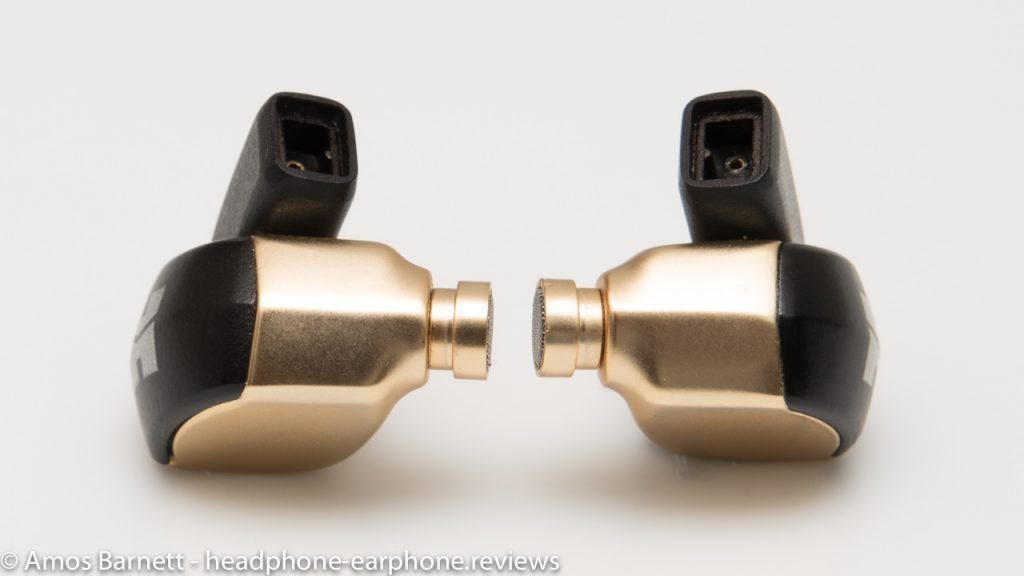 Once I got to actual listening things turned out somewhat differently to my experiences with other IEMs. For starters, the default bi-flange tips were, thankfully as it turned out for me, the best option sonically.

The sound with the stock tips is V-shaped to a degree, with the bass a bit strong, mids recessed, and a sharp peak in the treble. Not surprisingly, as the stock tips have a narrow bore, the included wider-bore single-flange tips drop the bass down a fair degree. The sound with the bi-flange tips then, not surprisingly, works best with acoustic music, especially classical, and less so where the mid-range is more of a priority. With brighter, modern music, especially that which has been compressed, the treble comes across as too bright.

With the single or bi-flange tips, however, the RE2000s are detailed and cohesive. While they will, with their 60 Ohm impedance, work out of even my iPhone 6, they shine with a good DAP, and especially with something like Chord’s Hugo 2 where acoustic music was magnificent, the spaciousness of the Hugo 2’s presentation a nice balance against the strong bass of the RE2000s.

The tri-flange tips, however, were another matter. Whereas the sound with the bi-flange tips was excellent, I felt that the tri-flange tips ruined the treble, as well as the tonal balance, dropping the sound quality significantly. This is not so surprising, as I’ve observed from as far back as a decade ago that long-bore tips can ruin the treble quality of IEMs, producing unpleasant harshness, as was the case here.

Unfortunately my favourite JVC Spiral Dot tips made the sound equally unpleasant as well. Given that they are very wide-bore, this tipped the sound far too much towards the treble.

This is going to mean that if you don’t take medium-size tips as I do, to get the best sound quality you may have to find a suitable pair of narrow-bore tips, such as the blue-base ones that come with the Dita IEMs. Fans of SpinFit tips will be happy to know that they work well with the RE2000s.

Being 60 Ohms, the RE2000 drove easily out of everything, from my iPhone to large tube amps like the Audiovalve Solaris (which conveniently arrived around the time HiFiMan asked me to review the RE2000 and Susvara, the latter of which needs power).

Out of my iPhone, the RE2000 didn’t have the bass punch or detail that I could get out of the AK380 or Hugo 2. The difference wasn’t trivial in the least. Though I don’t feel that they sounded as lacklustre as the Campfire Vegas did out of my iPhone, I would still class them as a pair of IEMs for someone who has, or is going to buy, serious hardware to use with them.

Compared to the Campfire Vega, which is my standard for dynamic driver IEMs at present, the RE2000 is balanced very differently. The Vega has a thundering, boosted bass and is dark overall, encouraging the use of wide-bore tips, such as the JVC Spiral Dots to bring out the treble.

The RE2000 seems to be capable of a more delicate, and less IEM-like treble than the already excellent Vega.

This is where the RE2000 is most in its element, the dynamic driver delivering each note of the cello with great punch at the beginning of Our Spanish Love Song. Being a typical “classic” jazz recording, the treble of the RE2000 is a spot-on match. Despite being in-ear monitors, there is a sense of space in the music, the clarinet not being so up-front.

The Air That I Breath (Remastered) – K.D. Lang – Recollection

This brighter, more modern and less than stellar recording has a slightly unpleasant treble that is only emphasised by the RE2000. This is where darker IEMs like the Vegas are a better match.

Another example of a modern, mixed recording where a flatter response with more forward vocals would work better. The distortion introduced by the mixing progress is as noticeable as the vocals themselves.

Where space and delicacy are most desired, such as in this work from the famous cellist, the RE2000 does wonders. Part of me sometimes would prefer not to have the recessed mid-range and artificial sense of space, even with this music, as it encourages me to turn the volume up to push the mid-range forward.

This almost operatic pop song, being an older recording that is a bit more mid-forward it works very nicely with the RE2000.

The driver nano-coating technology used in the RE2000 was derived from Fang Bian’s PHD thesis work, intended to find a way to reduce the distortion during the movement of the diaphragm inside the driver, and at least sonically, he seems to have succeeded greatly.

The RE2000 is capable of delivering a fantastic listening experience with a degree of clarity that makes it a worthy flagship. However it has a tonal balance that works best with more old-school acoustic recordings and less well with brighter, modern recordings.

If you’re a mostly classical or acoustic listener, take medium-sized tips, you like the idea of a wide (perceived) soundstage, have high-end equipment, and can overlook the minor imperfections in the design, you will find these IEMs to be excellent. 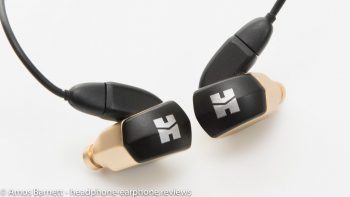 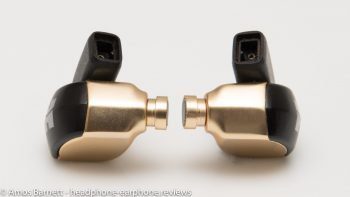 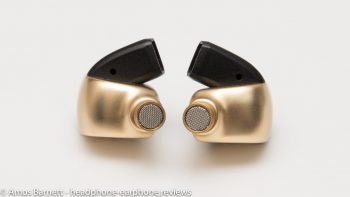 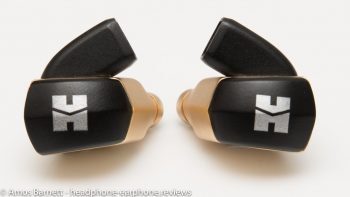 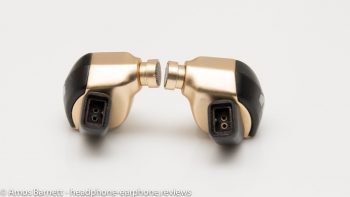 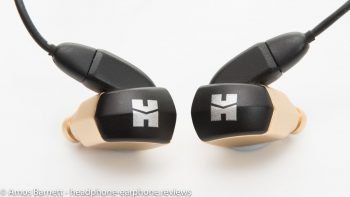 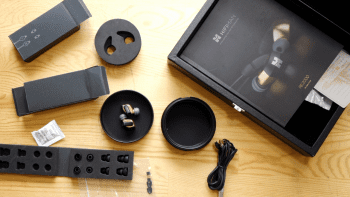 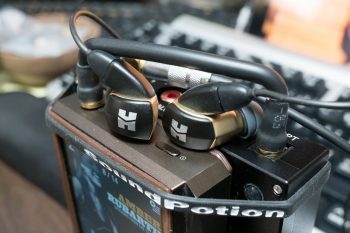 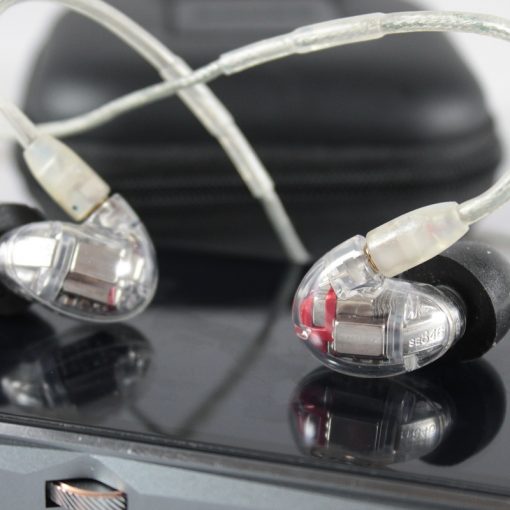 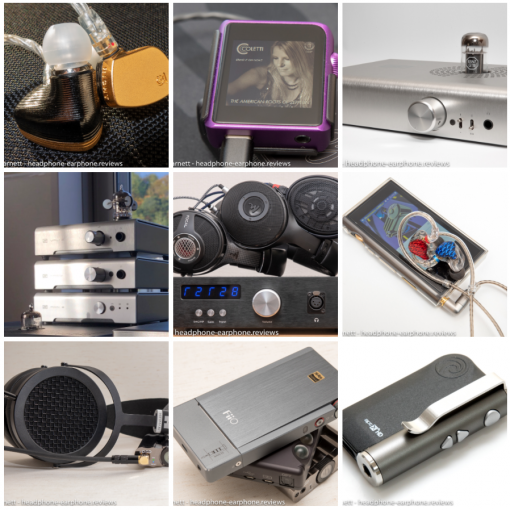 While it’s a bit late, a few people asked me what I thought were the best products of 2018. That’s a difficult […] 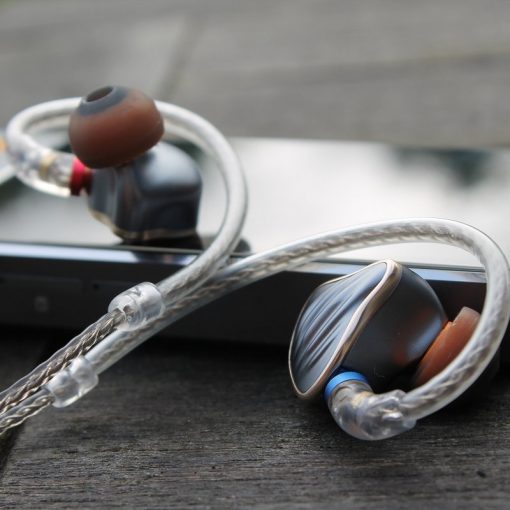 INTRODUCTION FiiO have been very busy in the portable audio world of late, and it seems like only a short time ago […] 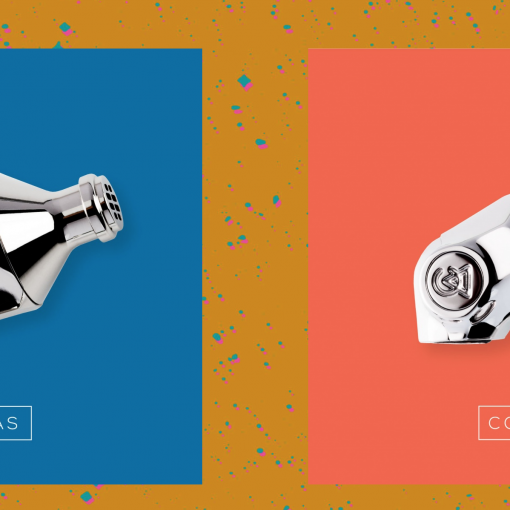 Speaking to Ken Ball of Campfire Audio about his IEMs, he has had to face two particular dilemmas: The first is that […]