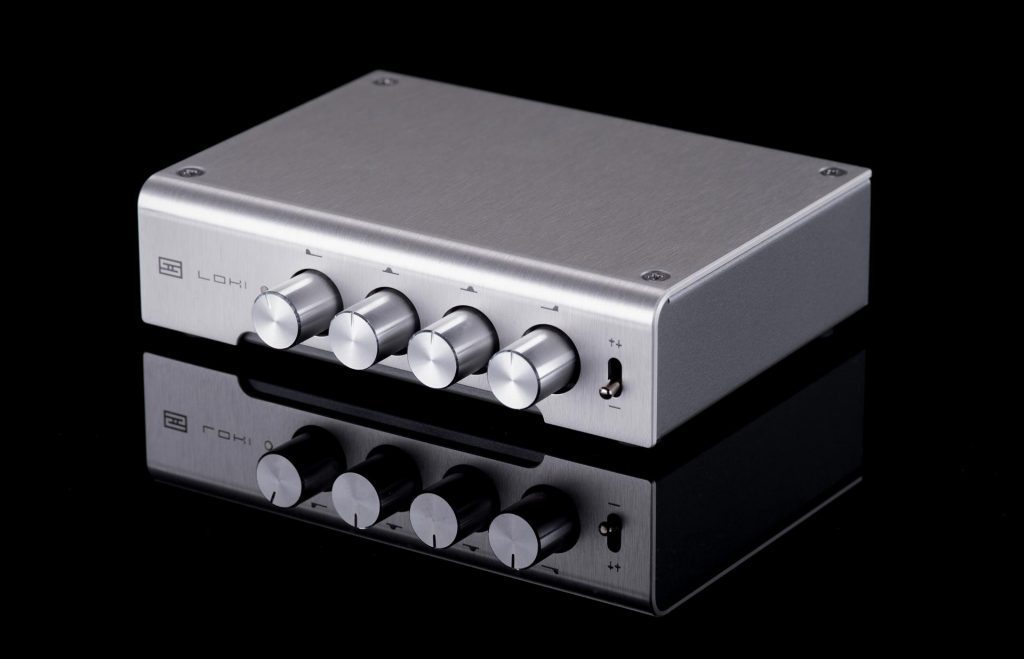 Jason Stoddard’s latest chapter in the epic “Schiit Happened” saga is called “Sailing off the Edge of the World”. If the product name didn’t make you think “What the ****” then you can probably see how completely unexpected this new product is, if not at least for the fact that it re-uses the name of their now defunct DSD DAC.

Yes, the Loki is a 4-band analog EQ. I was expecting it to be digital, but apparently the problems with both digital and analog EQ, the latter of which had manufacturers and the audiophile press shunning them in the past have long been overcome. Instead, what this solves are issues where some music, and some headphones, need a bit of tonal tweeking and then they sound great. How many times, for example, have you wished for a bit more, or a bit less bass? How often has a treble peak been annoying? That you can now solve with this Magni/Modi-sized box, without sound degradation. Even so, it has a bypass switch.

Jude at Head-Fi.org has a great video explaining all this, including graphs of the effect of each of the controls, and rather than re-type the entire explanation, I’m going to suggest watching his video.

Mike Moffat has also posted some comments on his Head-Fi blog about it.