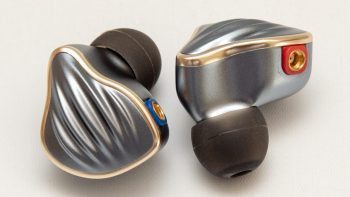 Video Review of the FiiO FH5

FiiO was interested in having me check out their new flagship IEMs, the FH5. Brooko has also reviewed these, and you can read his take on them here as well.  I was definitely curious, as while FiiO has worked hard to make a range of DAPs and portable DAC/amps, entering into the IEM space is a whole other ball game.

I was somewhat bemused by the idea that they are a “flagship” as they were retailing for only around $300. Current Amazon prices put them at $259. The last IEMs I had been sent for review, the Nuforce HEM6 were around the $300 mark originally and sounded pretty poor to me, so I was cautiously optimistic about the FH5.

What's In The Box

I started off by unboxing them as soon as they arrived and asked people to guess how they would sound. With multiple balanced-armature (BA) drivers and a single dynamic, it was anyone’s guess. I predicted correctly that the single dynamic was going to make for good bass and I was right.

What made the unboxing more interesting was the discovery of a variety of tips. The default, medium size pre-attached are described as “Balanced”, and “Bass” and “Vocal” tips are also included alongside foam ones.

I turned some of them upside-down in the box, and one foam tip sideways to give you a clearer picture (literally!) of what they are all like.

Inside the box are both a carrying case (clearly Pelican-inspired) and soft pouch, both just big enough to comfortably fit the FH5.

The cable deserves special mention here. It’s a flat, two-wire cable, terminated in a right-angle 3.5mm plug, that while a bit chunky is very solid, with a metal splitter and choker that slides with just the right amount of ease. The wires are unbroken all the way through from plug to IEMs. This is important as some even very expensive IEMs have used cable that uses separate wires joined at the splitter which can break.

This gave me confidence that I could take the FH5s with me without fear of them being easily broken as I’ve had with some other IEMs.

At the MMCX-terminated earphone end is a length of pre-shaped plastic tubing (no wire) which goes around your ear. Presumably some work with a hair dryer could re-shape it. I found it a bit annoying (as I do all endlessly-swivelling IEMs) but it held the IEMs in place well.

The cable was not at all noisy (that is, when listening, touching the cable didn’t result in noise being transmitted to my ears). For the proverbial icing on the cake, it has an attached velcro-like tie.

FiiO offers other cables in their LC series, ranging from 2.5mm to the new 4.4mm termination appear to use straight plugs.

Packed with drivers, the casing of the FH5s is somewhat bulky, with a physical size around that of Campfire Audio’s Andromedas. The rather wide nozzle has three openings below a metal screen. That nozzle I found only just protrudes far enough for me to get a seal with most tips. This was not helped by the foam tips seeming to be a millimetre shorter than ones I had from other manufacturers. I’m sure that without the memory wire wrapped around my ears, they would easily fall out.

While a lack of a complete seal may not be a big deal with balanced armature IEMs, with a dynamic driver present, it was a problem. Losing seal on a dynamic driver will result a in very significant bass drop-off. The slightly short nozzle on the FH5 was the only significant problem I encountered with the design.

I listened to a variety of music with the FH5 using everything from Shanling’s diminutive M0 player, up to my main amps and including the Chord Mojo, iFi xDSD and the FiiO Q5.

First impressions with the “Balanced” tips was of strong, but not overwhelming bass, and a decent amount of treble, making me think of somewhat of a U-shaped sound signature. This balance was spot-on for tracks such as Neil Young – Old Man and similar old pop and rock, as the bass was filled in nicely and there was a sense of spaciousness. Vocals came through well with the whole sound having a good cohesiveness.

The sound was somewhat muffled, however, so after a tip from a Youtube viewer, I carefully removed the metal grills with the tip of a safety pin and some tweezers. This made the sound open up and clarity improved enough for me to leave them off, even if this risks earwax falling into the bores.

The default sound, with its peak in the treble could, with more modern, compressed music, be a bit much, as the harsher treble of some tracks was quite noticeable. This also highlighted the difference between the FH5 and more expensive IEMs, such as the Campfire Audio Andromedas which can deliver a cleaner, clearer treble.

I pick much new music to listen to while in the car, listening to Radio Paradise. In many cases, after arriving home I’ve picked out newly discovered tracks only to find that, on my home system, I can clearly hear the distortion of the mastering process, especially as many tracks are excessively compressed.

A good example of this is Ben Howard – I Forget Where We Were. On my home system it isn’t as pleasant to listen to, but the FH5s, not as resolving enough to reveal the distortion so blatantly as my main system, made it enjoyable to listen to.

The bass extension made them a good match with my favourite bass-heavy tracks, such as Dead Can Dance – Song of the Stars, Massive Attack – Angel and Sofie Tukker – Hey Lion.  The dynamics of drums were delivered well on tracks such as The Wailing Jennys – Arlington as well.

Switching tips, the “Vocal” tips, which were quite difficult to put on, toned down the bass a notch and brought the vocals forward. This may be the preferred sound for people who are really into their preferred singer.

The “Bass” tips, on the other hand, seemed to elevate the mid-bass a bit, if not as much as, say, the bass boost on FiiO’s Q5 DAC/amp. The overall sound became thicker, a bit closer to classic planar sound. It wasn’t a big change, but would be a nice match to older pop music that was often mastered without a lot of bass to begin with.

Not surprisingly, the short foam tips, with their wider nozzle, had a more neutral presentation. Wider nozzles tend to reduce the bass (or elevate the treble) on dynamic driver IEMs, sometimes too much. Given that the FH5 is using a combination of drivers this wasn’t so pronounced.

I tried other tips, both my old standards, the SpinFit with their flexible ends that fit more comfortably, as well as JVC’s clever Spiral Dot models, which stabilise the sound passing through the tip via spirals of indents (maybe in a not too dissimilar manner to how a golf ball’s indents allow it to fly more smoothly).

The SpinFit tips, having a similar profile to the default FH5 tips presented music with a fairly similar tonal balance. The Spiral Dot tips, with their very wide opening were similar tonally to the foam tips with a more neutral presentation, while sharpening up the overall imaging. 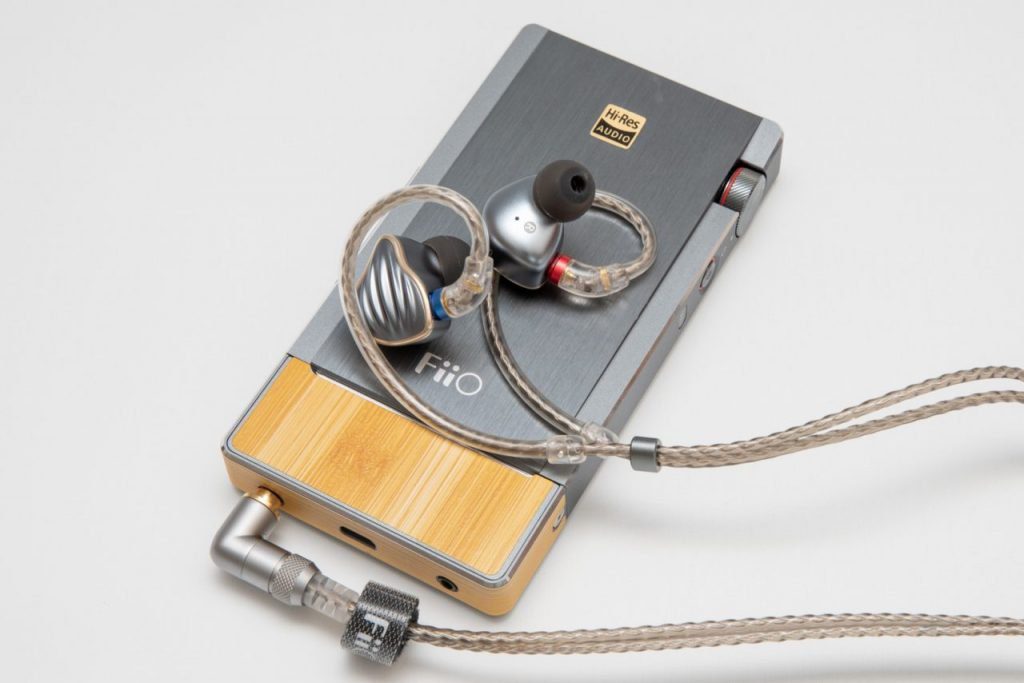 The FH5s were easy to drive and fairly source-agnostic. Out of lower-powered gear, such as the Shanling M0, dynamics and bass were softened for a more relaxed listen in much the same way as the FiiO AM2 is easier to listen with than the more powerful AM3A and AM5 modules. In the other direction, the bass boost of the FiiO Q5 and iFi xDSD were wholly unnecessary for the FH5, plenty of thump being available by default.

Better sources such as the Chord Mojo provided no benefit to the FH5 and nor did switching cables to those I had on hand from ALO/Campfire Audio and DITA.

FiiO have come out with a strong contender in the $250-300 price bracket. With only the usual niggles of ergonomics and fit that are universal to IEM designs, they have gotten just about everything right, especially the sound. These will be coming with me in their pouch in my work bag.