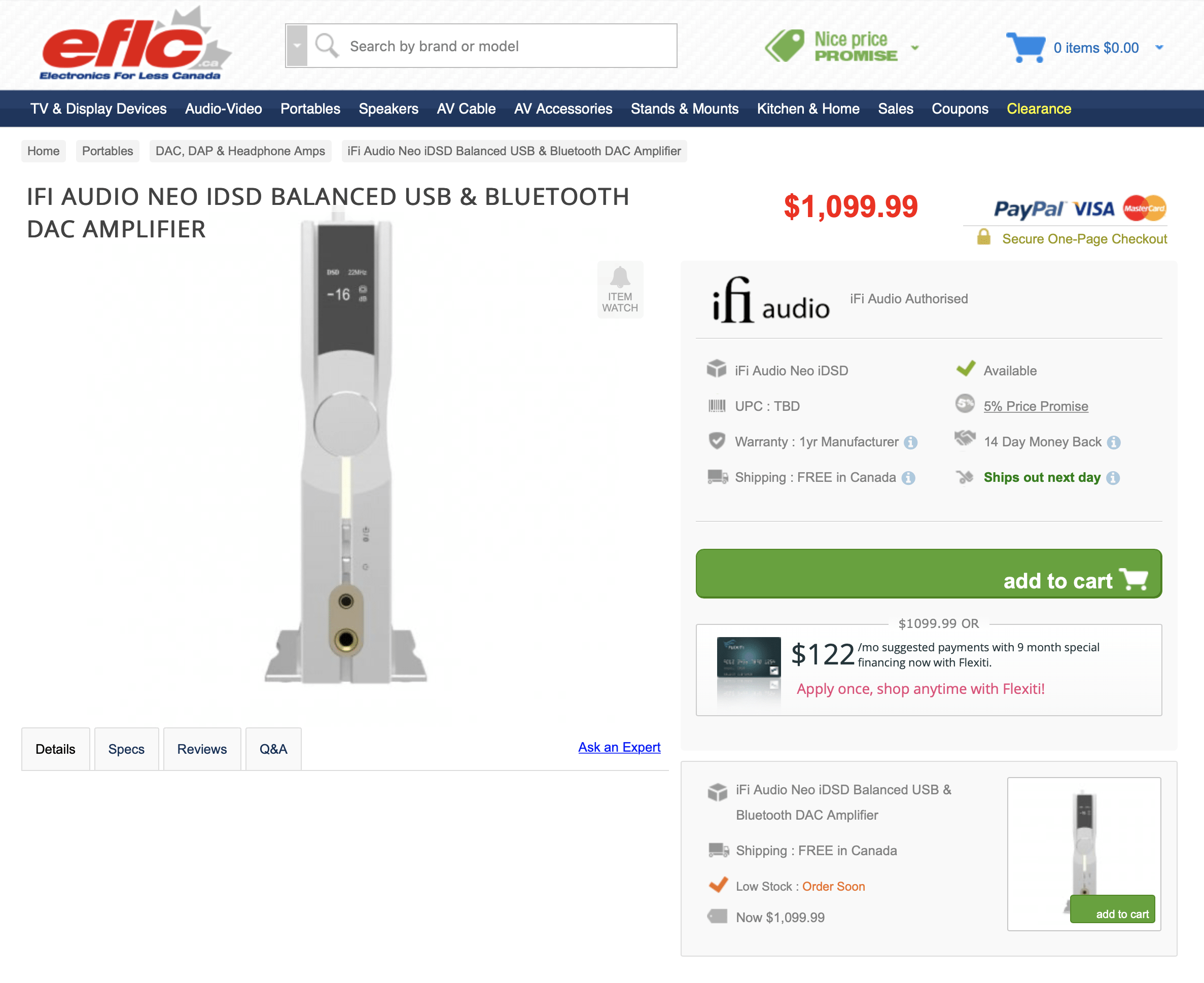 iFi Neo iDSD – Did one retailer let the cat out of the bag?

Canadian retailer eflc has announced what looks like a new iFi product. Labelled “IFI AUDIO NEO IDSD BALANCED USB & BLUETOOTH DAC AMPLIFIER“, a single picture shows a vertical headphone amp with display at the top and 4.4mm and 6.3mm headphone jacks at the bottom. The price is listed as CAD$1,099.99.

Since the release of the iFi Pro iDSD (which I have reviewed previously) people have been asking about the possibility of iFi making a cheaper version, with fewer features, so the Neo iDSD could well be the answer to that.  While other details aren’t available, the unit clearly has Bluetooth, a popular feature in the Chinese market, which iFi has known to be targeting.

While not the first headphone amp to have a vertical form factor, the Neo iDSD’s design obviously targets the Head-Fi crowd, as you will likely be able to use it as a headphone stand.