The CRBN headphones are derived from technology that Audeze developed in conjunction with the UCLA School of Medicine for use in MRI machines. Due to the strong magnetic fields around the machines, conventional headphones, which contain metal, cannot be used. As such, Audeze developed a special electrostatic driver using a custom material embedded with carbon nanotubes.

Electrostatic headphones work by placing a diaphragm coated with an extremely thin layer of metal, between two metal strators. When connected to the amp, the strators are given a positive charge, and the diaphragm is given a negative charge. A musical signal is sent through the strators, changing the balance of the charge and causing the diaphragm to move.

They have the advantage of using a diaphragm that is much lighter than those used with conventional dynamic drivers, including that of planar (orthodynamic) drivers, as a relatively heavy electrical metal coil or trace isn’t required. 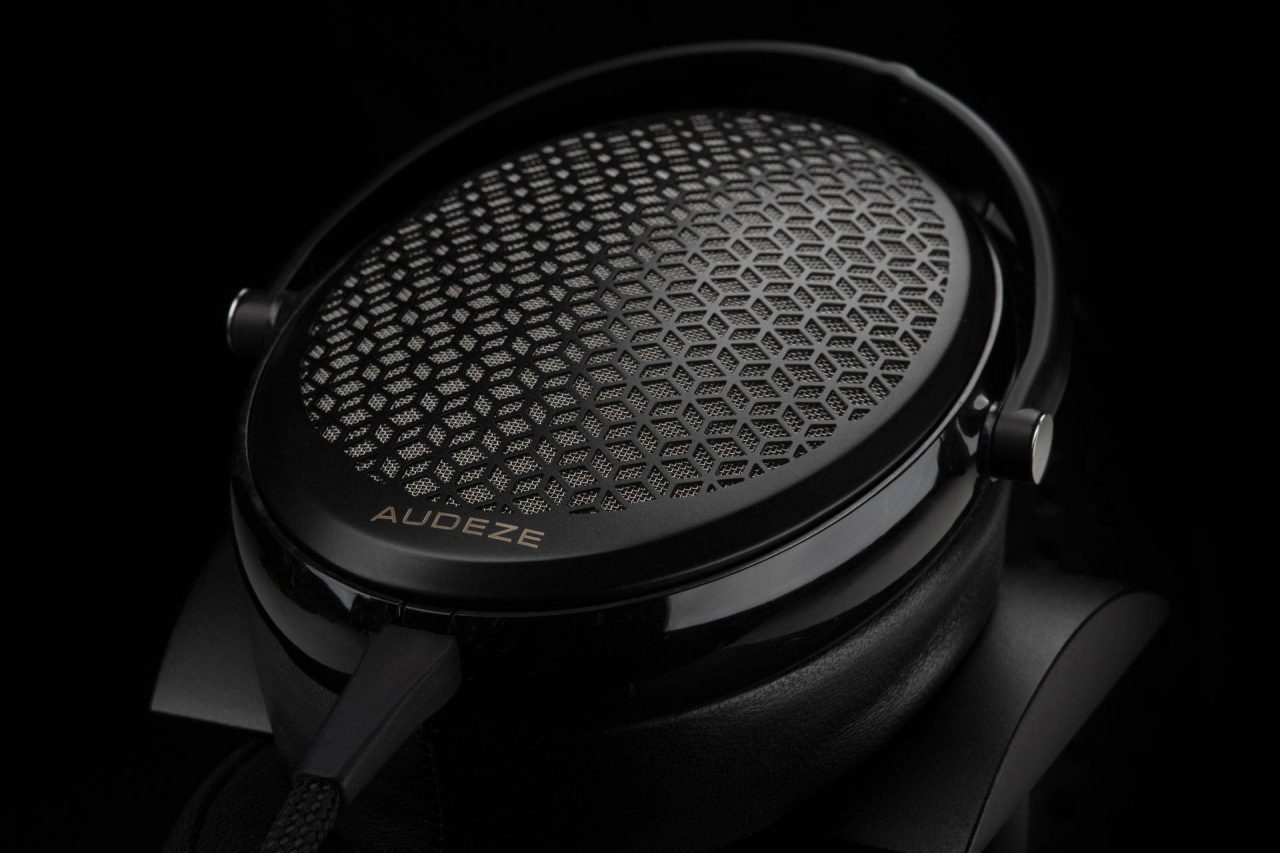 However, they require specialised amplification, and cannot be used with conventional headphone amplifiers. Likewise, the specialised amplifiers required use a very high voltage, needing the use of harder-to-source components, which subsequently makes high-end models quite expensive.  In the case of the CRBN, the cable is terminated with a standard Stax connector and has a common 580 volt bias voltage, making it usable with all common electrostatic amplifiers.

While typical electrostatic drivers use a very thin metal coating to provide conductivity, the drivers in the Audeze CRBN are a first in that they instead infused with an even layer of carbon nanotubes during production. As an even application of the conductive surface is critical for performance, this method results in a more even motion of the diaphragm during music playback.

This also simplifies the manufacturing process and brings about the ability to increase or decrease conductivity for different designs.

When asked about the thickness of the driver, KMann of Audeze stated:

The exact thickens is proprietary information we are unable to share, we have a lot of flexibility depending on the application and how we want to tune, CRBN’s nano-tube infused film is between 1.5 – 2.2 microns, I can only provide a range not a specific number

Also beyond a certain point it does not make much sense to chase thinness, air-loading starts to dominate, stability and robustness become more important. We have even tried 0.5 micron thin version…

By virtue of not having a metal deposit, the diaphragm is also lighter compared to a comparably thick diaphragm, the reduced inertia does help with speed and efficiency too.

An issue also of concern to the owners of electrostatic headphones is the susceptibility to humidity. Regarding that, KMann responded:

With respect to ‘immune to the elements’ I guess, my prior answer could use some more explanation. Typical electrostatic headphones have diaphragms that are coated with a thin metallic resistive layer, and this layer can over time degrade. Carbon Nanotubes on the other hand are uniformly dispersed within the thin film diaphragm, so they are not subject to conditions such as humidity the same way a metal deposit could be.

This gives the CRBN considerable potential to revive interest in electrostatic headphones, something challenged by the limited by the number of amplifiers available, as well as the expense required to get similar performance in areas such as bass response compared to what is required for dynamic driver headphones.

The Audeze CRBN is available for $4500 a pair direct from the Audeze web site.

They are available to try at Audeze’s demo room in Orange County. Listening is by appointment only, with 24 hours notice required, and you must be fully vaccinated.  To contact Audeze for an appointment, email [email protected].

Head-Fi has a video interview with Sankar Thiagasamudram which goes into detail about the story behind them.