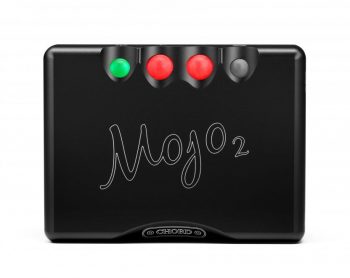 In October of 2015, John Franks of Chord Electronics announced what was to become the portable product of the decade, the Chord Mojo. Diminutively sized, it packed both headphone driving power, as well as serious computing power. With similar abilities to the larger, original Mojo, it was small enough to fit in one’s pocket, yet sounded fantastic with almost any pair of headphones or in-ear monitors that were plugged into it.

This inspired many people to use it as a desktop DAC, leaving it continuously plugged in all the time, something not great for battery life. Chord solved this with an automatic desktop mode in the Hugo 2, having the battery drop to 80% charge if left plugged in for over a day.

With the quality of portable players getting better, instead of trying to compete directly, Chord made the Poly, which hooks directly to the Mojo and turns it into a streaming DAC/amp. That allowed one to use a phone or DAP of choice as the music source or for playback control, alleviating the need for Chord to design and make a full-screen portable player. 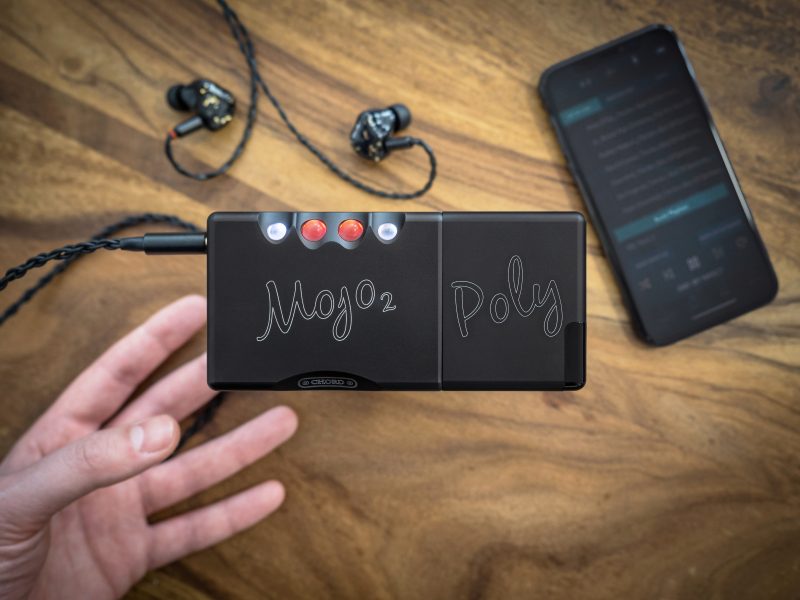 Like how the Hugo 2 addressed the needs of Hugo 1 users with not just increased audio processing power, but more features, the Mojo 2 likewise updates the now almost 7-year-old design with a serious jump in processing power, desktop mode, and, most significantly, lossless DSP sound processing.

Much like Schiit Audio’s Loki range allows quick adjustment of common frequency bands, allowing one to adjust the tone to be better suited to one’s headphones, the Mojo’s new UHD DSP allows fine-tuning across the full frequency range with 18 steps of adjustment for each of the lower bass, mid-bass, lower treble and high treble.

Access to the DSP is via the new Menu button, which also allows access to a four-setting crossfeed, button lock and mute. This brings all but the digital filter options of the Hugo 2 to the Mojo 2.

The already wide-ranging volume control of the original Mojo has been expanded still further in the Mojo 2, now ranging from -108 dB to +18 dB, which covers everything from the most sensitive in-ear monitors through to power-demanding full-sized headphones.

All of this sees the Mojo 2 utilise a 104-bit custom DSP core running at 705/768 kHz, bringing desktop-computer-level DSP adjustment to a portable device the size of the original Mojo, and fully compatible with the Poly.

In addition to these functions, battery charging is now managed by the FPGA, with much faster charging rates. With better battery management comes a massive 75% reduction in power loss, resulting in cooler charging, something most welcome for anyone who has had their Mojo go into thermal shutdown while charging and playing back music at the same time.

The battery has 9% more capacity, and the overall result has increased battery life to over 8 hours. With that, an “Intelligent Desktop Mode” has been implemented. This allows full, battery-free operation without any loss in sound quality, the result of better power filtering and isolation.

On the analog side, the Mojo 2 is now DC-coupled with a digital DC servo, a big improvement over the capacitor-coupled design of the original, which hurt transparency and made the original slightly “warm”-sounding.

Lastly, the Mojo 2’s digital processing has 40,960 taps, a significant jump over the 38,000 taps of the original. This brings the digital processing a lot closer to that of the Hugo 2, which has 49,152 taps. Rob Watts has improved the noise-shapers, to improve the level of depth and detail that can be resolved.

On the external side, as well as Poly compatibility, fans of USB-C will rejoice, as a USB-C port has added to the Mojo 2 as well.

The Mojo 2 has a retail price of £449. US pricing has been seen at US$725 on one store, though this has not been confirmed.