When I first joined Head-Fi, back in 2007, my aim was to find a nice pair of headphones to replace the warn-out pair of MB Quarts that I had owned for a decade and a half. Upon choosing a pair of headphones, I was told I needed an amplifier, and, subsequently, that I also needed a DAC. You can see where this is going.

I had already taken a chance on an amplifier from Audio-gd (the old C2-C) so I thought to ask Kingwa, Audio-gd’s owner, why someone didn’t make a more reasonably priced combined DAC/amp that did both — something better than the dodgy $99 thing we’d been using until then, yet not as expensive as the Benchmark DAC 1 or Lavry DA11.

Up until then, there were headphone amplifiers with small, bitstream DACs built in, but nothing which was both a fully fledged DAC, with a fully fledged amplifier. Thus, with the creation of the Audio-gd Compass, a trend began as other manufacturers considered making combined units.

The $350 price tag of the Compass set a standard, which eventually lead to the NFB-11 with an ESS DAC, and the R2R-11, which along with the Schiit Modi Multibit and Magni, allowed entry-level access to R2R DACs, which many people find more pleasing to listen with than they do the cheap and readily available AKM or ESS-based DACs in that price range.

The original R2R-11, once warmed-up, is a soft and pleasant sounding unit, albeit one with somewhat weak headphone drive and, not surprisingly having a non-oversampling DAC, technically poor in performance. Yet, it has its own dedicated following, so it was with sadness that we heard it would be discontinued due to the increase in the cost of parts.

Enter FredA, well-known enthusiast in the Audio-gd threads on Head-Fi. He cleverly suggested to Kingwa that instead of cancelling the R2R-11, or just increasing the price, that he add features to make it a much better unit, then sell it at a higher price.

All things considered, with inflation making the original $350 of the Compass now about $470, the $668 for the fully upgraded R2R-11 M2 isn’t really that much more expensive, yet you’re getting a lot more for your money, including 13 years of design progress. 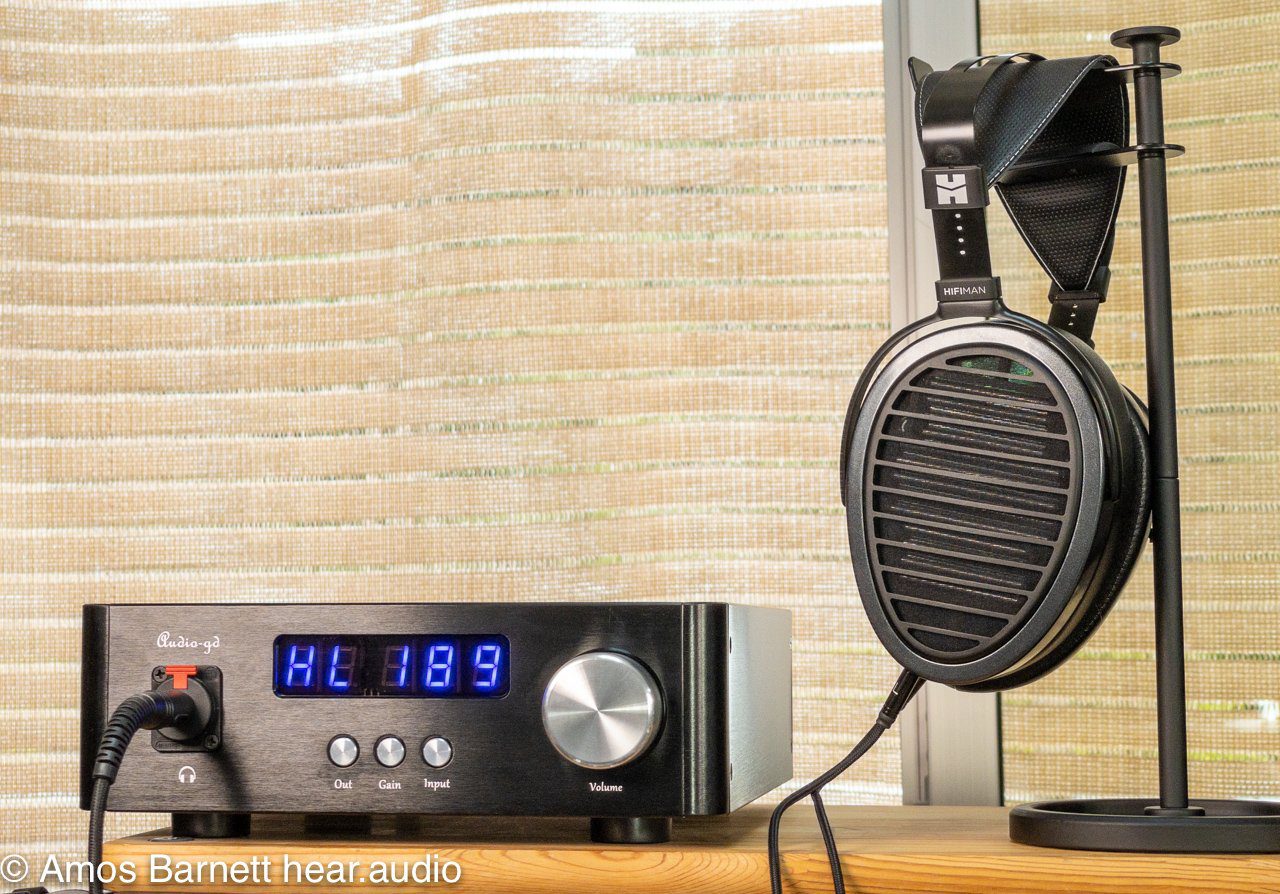 Where as the design goals for popular DACs such as those from Topping and SMSL are based around reference designs tweaked for low THD numbers, the R2R-11 M2 is designed with a focus around music reproduction.

To begin with, a quality transformer with 3 different secondary windings feeds 9 PSU groups that in turn separately supply power for the amplifier circuit, the DAC and DAC output, the digital components and the control circuits. With each section having dedicated power supplies, this results in better overall sound quality.

The isolated USB and S/PDIF inputs directly output an I2S signal to the two DA-8 R2R discrete DAC boards, which are controlled by custom-programmed CPLDs. Those DAC boards have resistor ladders for both PCM and DSD.

What the R2R-11 M2 lacks compared to the more sophisticated and expensive Audio-gd DACs (and DAC/amps) is a balanced circuit, ACSS amplification, and over-sampling. The R2R-11 M2, like its predecessor, is NOS, or non-oversampling, and the amplification is only single-ended.

However, it can output up to 3.8W, plenty enough for driving demanding full-sized headphones, at least on paper.

As suggested by Kingwa, I left the R2R-11 M2 on for a couple of weeks playing music before giving it any serious evaluation, and have left it running pretty much continuously since then.

Equipment comparisons were done with a -18dB 1kHz tone at around 74-75 dB, level-matched to within 0.1dB, equivalent to listening to music with between about 70-90 dB of loudness.

Most immediately noticeable was the jump in sound quality over the original R2R-11. Running them side-by-side, the greater clarity was immediately apparent, both in subtle details as well the overall headphone drive, which does a better job with planar headphones.

There is still something of the soft musicality of the R2R DAC apparent, compared, say, to the sharper and clearer sound from the “big daddy” R-27HE. Rather like how Cayin’s RU6 R2R dongle DAC/amp has a kind of soft musicality compared to it’s non-R2R competitors, if with the penalty of a slightly loss of clarity, likewise the R2R-11 M2, instead of the sharpness you get with regular sigma-delta DACs, you get a more pleasant smoothness that Kingwa describes as being like listening to vinyl.

This made it a highly synergistic match with the HiFiMan Arya Stealth I had in for review. With a brighter, more electrostat-like tuning and ultra-light diaphragm, the slightly softer, smoother and more flowing sound from the R2R-11 M2 combined made for highly pleasant listening. Given HiFiMan also has a preference for R2R, this is not such a surprise.

Likewise the Drop Focal Elex. Smooth and relaxing was the order of the day, with only the slight feeling of wanting a bit more in the way of dynamics and punch sometimes.

That lead me to plug the R2R-11 M2 into other amplifiers to see how much was the DAC, and how much the amp. For that I plugged it into the Headamp GS-X mini, which, with it’s cut-down-speaker amp-like design, is able to power most headphones very well. 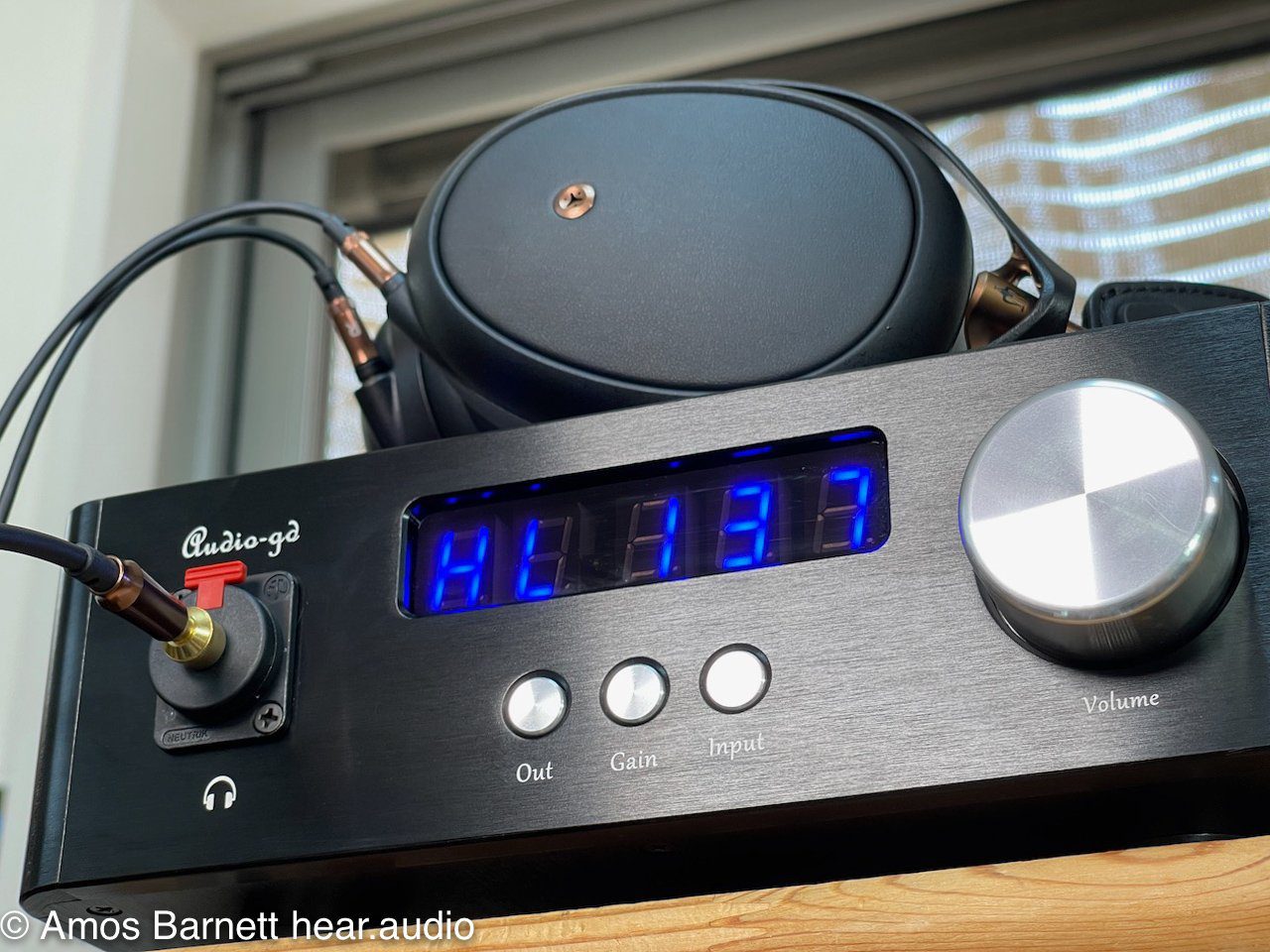 Not surprisingly, overall dynamics and detail was improved stepping up to the better amplification, allowing the smoothness of the NOS R2R sound to come through. The HiFiMan Aryas, for example, benefitted from the better drive, but it was most noticeable with harder-to-drive headphones such as the Audeze LCD-5 and DCA Stealth. While the Aryas were still very pleasant out of the R2R-11 M2 direct, the above-mentioned recent flagships sounded quite dull direct and benefitted from the better power delivery of the GS-X mini far more.

It was a similar story with the 2021 Audeze LCD-X and XC. Listening to one of my favourite, and somewhat mellow tracks, Follow Me Home by Dire Straits, the occasional, more sudden, loud guitar note at the 1:39 mark come through the larger-diaphragm headphones in a manner that was rather shouty, and the whole track sounded a bit congested, something that doesn’t occur from the GS-X mini.

Closer in equivalent price range, I compared the amplification section to Schiit Audio’s venerable Asgard 3. With the R2R-11 M2 plugged into the Asgard, things were closer, with the Asgard sounding more full, and a bit more dynamic, typical of the Schiit house sound. The R2R-11 M2 came through as slightly more even, with less emphasised bass, sounding a touch less dynamic. The Asgard also seemed better able to drive some of the headphones that the R2R-11 M2 had trouble with.

However, amplification was less of an issue with the classic Sennheiser HD650, which I have in it’s cheaper version in the form of the Drop Sennheiser HD6XX. It was a much nicer match, the more forward mid-range combining with vocals and instruments to make for lovely listening.

The slightly lower bass emphasis compared to other amplifiers can be rectified by opening up the unit and adding a couple of the included jumpers to pins just between the front panel and amplification circuit. This tweaks the circuit to add a touch of warmth, which is nicely welcome with the Aryas and Meze Liric. After adding this included tweak, I ended up leaving the R2R-11 M2 this way as I liked the sound more so.

Likewise, jumpers to either side of the amplification can be added to boost the gain, which had me about 15 steps lower on the volume control through the Aryas for approximately the same volume level (62 vs. 77 in high gain).

A surprising synergy for the R2R-11 M2 was IEMs. I had expected that the highly-sensitive Campfire Audio Solaris would pick up too much, but surprisingly all I heard was a touch of power hum. Rather like how Cayin’s RU6 has become popular with IEM users, the R2R-11 M2 sounds like an upgraded RU6, with the same musical smoothness, but with more detail available.

Since it is around the same price, and to hand, I compared it to Topping’s original AKM4499-based D90 (in DAC mode) through the GS-X Mini, with the R2R-11 M2 in pre-amp mode to allow for volume matching. In that case, I had trouble telling either of them apart with the Aryas, and only very just with the DCA Stealth.

With the well-known Schiit Bifrost, which one is my favourite DAC at its price range, putting both again through the GS-X mini, the difference was again quite slight. The Bifrost had a very slightly more “dynamic” sound to the music, which was also a touch sharper, with the R2R-11 M2 being very slightly smoother. I’m willing to bet that this comes down to the Bifrost using over-sampling, and the R2R-11 M2 not.

Since it was also in for review, I compared it to the big daddy of all-in-one units, the R-27HE. With full power regeneration built in, as well as most of both an R8 DAC and Master 9 headphone amp, the R-27HE.

Not surprisingly, music sounded more open, with more detail and nuance from the bigger unit, but not any less smooth. While the R-27HE does have a touch of warmth to the sound, it’s only readily discernible when comparing it with other equipment, and arguably more from the limitations of the amplifier section, as the bass didn’t seem to be more prominent as it did with the Asgard.

I found, however, that listening with the R-27HE made me want even more refinement and detail, whereas the, albeit less wide and less clear sound of the R2R-11 M2 felt welcoming and comfortable at times.

Given the lack of over-sampling included, the R2R-11 M2 lends itself to software upsampling. To that end I experimented with HQPlayer. Though it’s half the price of the R2R-11 M2, I was curious to find out how much it might benefit the listening experience.

Only the USB input supports up to 384 kHz input, with the S/PDIF input supporting up to 192 kHz, so I used USB exclusively for this test.

Somewhat surprisingly, while a filter such as the poly-sinc-gause-hires-ip filter, which has become a recent preference for me, improved clarity and focus slightly, it wasn’t a huge difference, but did add a pleasant clarity to tracks such as Children of the Sun by Dead Can Dance. It enhanced the smooth R2R “sound” and made it even more pleasant than before.

Likewise, one can create a sound more like a DAC from Schiit Audio with the closed-form filters, bringing out a slightly punchier sound. The downside is the cost of HQPlayer is almost half that of the DAC, and it does either require a direct connection from one’s computer, or a streamer that supports the NAA Demon transport software.

…the R2R-11 M2 is a fantastic upgrade to the old unit, so much so that, despite it not the most powerful amplification, it makes for enjoyable listening with its smooth sound with less demanding headphones. It only really lacks an input sample rate indicator of some form.